The introductory chorus to cantata BWV 109, “Ich glaube, lieber Herr” (I have faith, O dear Lord) is one of Bach’s most memorable compositions on a Bible dictum. 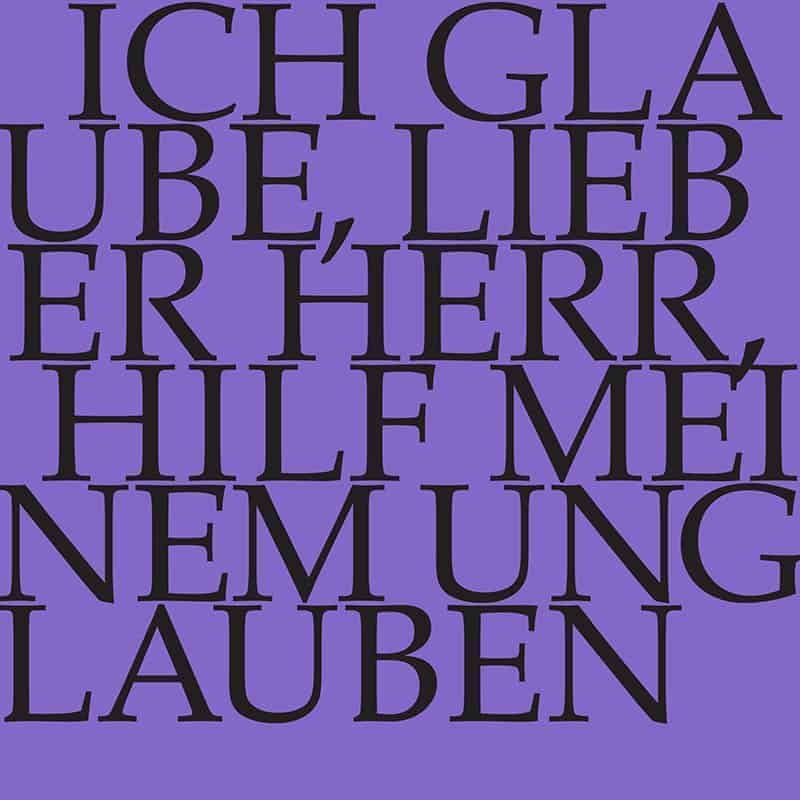 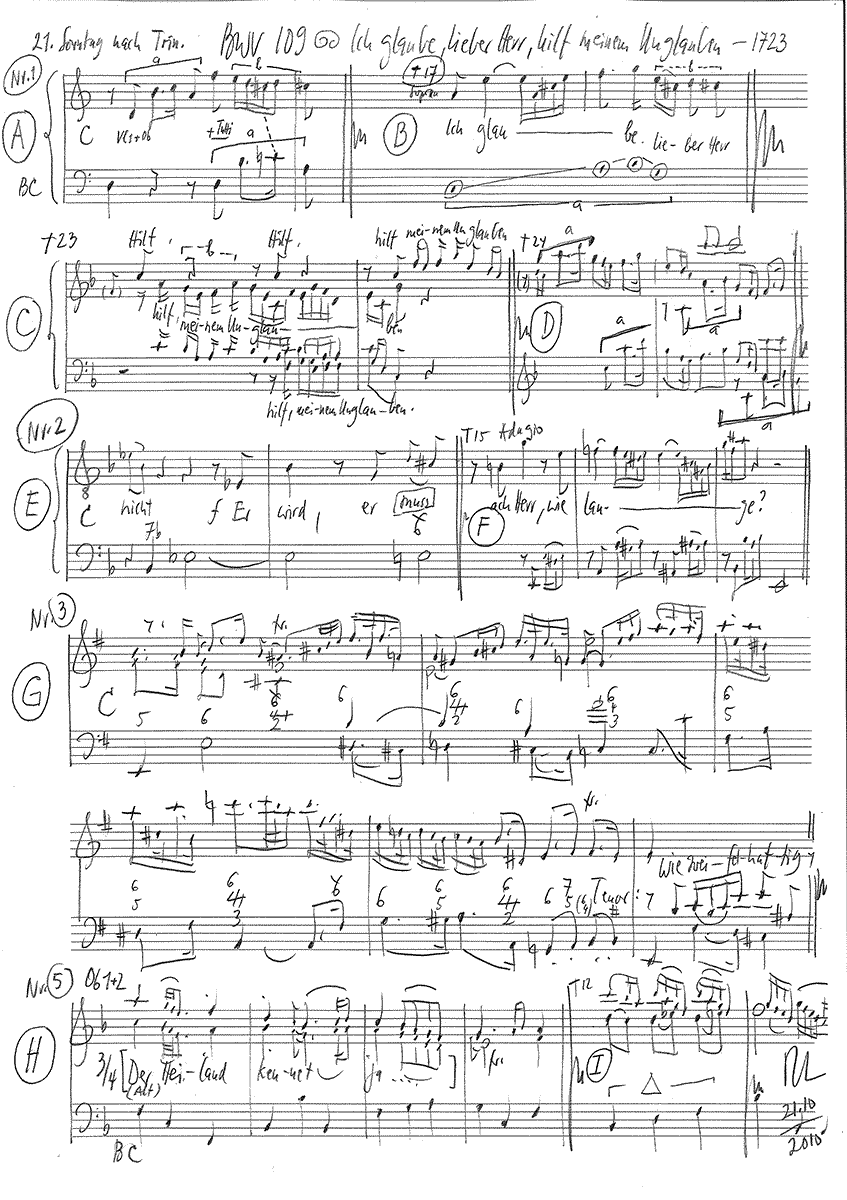 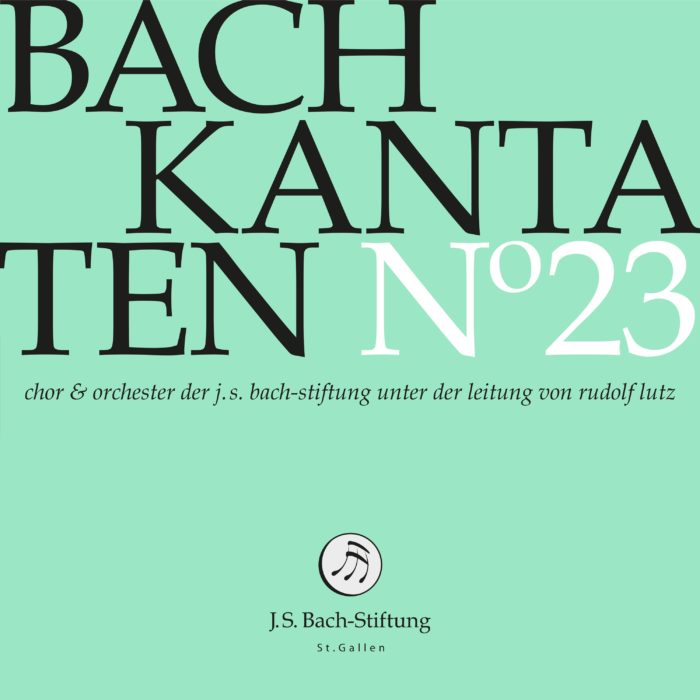 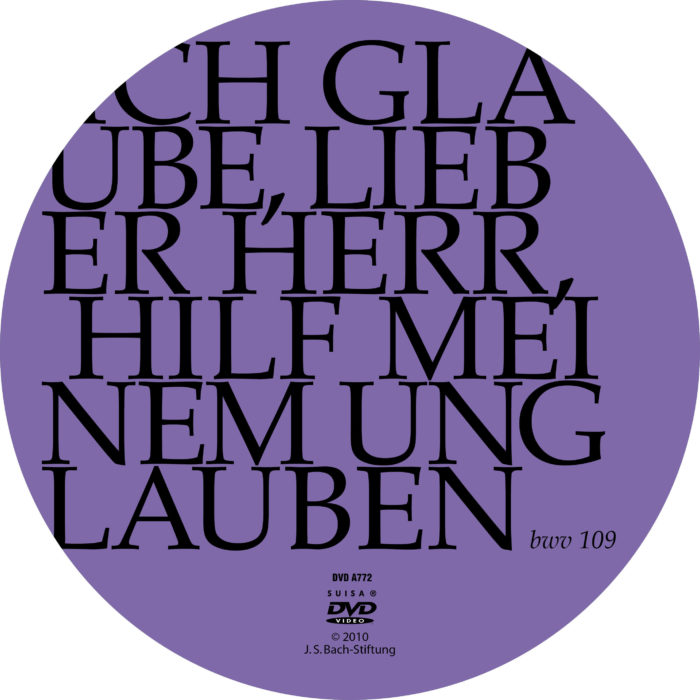 The introductory chorus to cantata BWV 109, “Ich glaube, lieber Herr” (I have faith, O dear Lord) is one of Bach’s most memorable compositions on a Bible dictum. Featuring a patiently unfolding ritornello and persistent circling of the brief Bible verse, the setting demonstrates Bach’s efforts in the first year of his Leipzig tenure to elevate the formal and text-interpretive quality of church music in the city. In this movement, the textual tension between a resolute struggle for faith and the resigned acceptance of personal weakness is captured in music that unites a distinctive ascending head motive with a plaintive tone. Here, the undulating motion and shifting timbres convey the impression of a tussle with faith similar to the discussions on the road to Emmaus. Accordingly, the gestures of the individual parts, voice pairings, and instruments are alternated with energetic choral insertions; the exalted cries of “Help!” and dense scoring lend the plea for faith an urgent sincerity that is fortified by a corno da caccia, which Bach later added to underscore important tonal dimensions.
The discrepancy between confidence and doubt is retained in the tenor recitative, but re-cast as a highly conflicted inner-dialogue on the part of the soloist. Here, doctrinal statements are proclaimed in a forte, sermon-like style only to be followed by restrained passages of anxiety that the Highest, despite his promise to all Christendom, might refuse to hear individual sinners in their hour of need. This music proffers little in the way of consolation and assurance: rather, the closing adagio passage embodies the exhaustion after the trials of the cross, a teetering on the verge of resignation.
This gesture is then sustained in an aria whose distinct Passion-like tone calls to mind the sombre, despairing arias of Peter. Trapped in a dense E minor string setting, the tenor voice desperately seeks refuge amid chromatically descending lines and whipping violin figures that evoke the convulsive hellish flames already burning in the human heart. In the middle section, the “wavering” of the solo part morphs into burdensome sounds of pain: in this aria full of tragic passion, Bach makes it clear that despite every effort, the longed-for surety of faith cannot be wrought from sheer will alone – a central tenet of Lutheran theology that is rendered tangible in a daring, opera-like setting.
Following this musical crisis of faith, the alto recitative presents the sudden reversal of fate: Jesus, in accordance with a bold theological paradox, is not found only in the word of the gospels but even today “still doth wonders work”. As such, redemption is closer at hand than thought – if the “eyes of faith” are open and ready to embrace God’s promise.
The ensuing aria reveals the power this message has to console precisely through its eschewal of expressive extravagance: the minuet-style movement of consonant oboes with continuo accompaniment, much like a children’s song, musically captures the desired attitude of humble trust. When the duo of oboes overpowers the alto soloist (often singing in a low register), the impression arises that, in the face of dwindling hope, the instruments are taking up the word for the speechless human voice. In such arias, Bach unites his usual compositional prowess with a refined instinct for textual nuance and genuine human concerns.
Surprisingly, this contemplative moment of devotion is not followed by a simple setting in four-part harmony, but instead by a dramatic closing chorale. Here, the sopranoled choir presents a hammering rendition of the hymn, driven by a stormy orchestral concerto replete with abrupt ascending gestures and cutting long chords. In this movement, Bach not only re-visits the expansive ensemble music of the introductory chorus in accelerated form: the apotheosis of victorious trust in God, equally embodied in text and music, also answers the helpless plea for faith expressed in the opening dictum. The effect is that of a moving self-empowerment of church music: it is the early Protestant congregational chorale that fosters unity and fortifies the wavering strength of the individual members in a nigh unrestrained fashion. In this setting, it is audibly clear that Bach was already testing the waters for his great chorale cantata project of 1724/25.