The performance of the funeral ode “Let, Princess, let still one more glance” BWV 198 on 18 October 1727 in Leipzig’s university church, the “Paulinerkirche”, numbers among the most prominent social successes of Bach’s career. As noted in a newspaper of the time, the event was distinguished by “the attendance of princely and comital personages, high ministers, cavaliers and other foreigners … in addition to a great number of elegant ladies”, who had come to pay their respects to queen Christiane Eberhardine, who had died on 4 September. 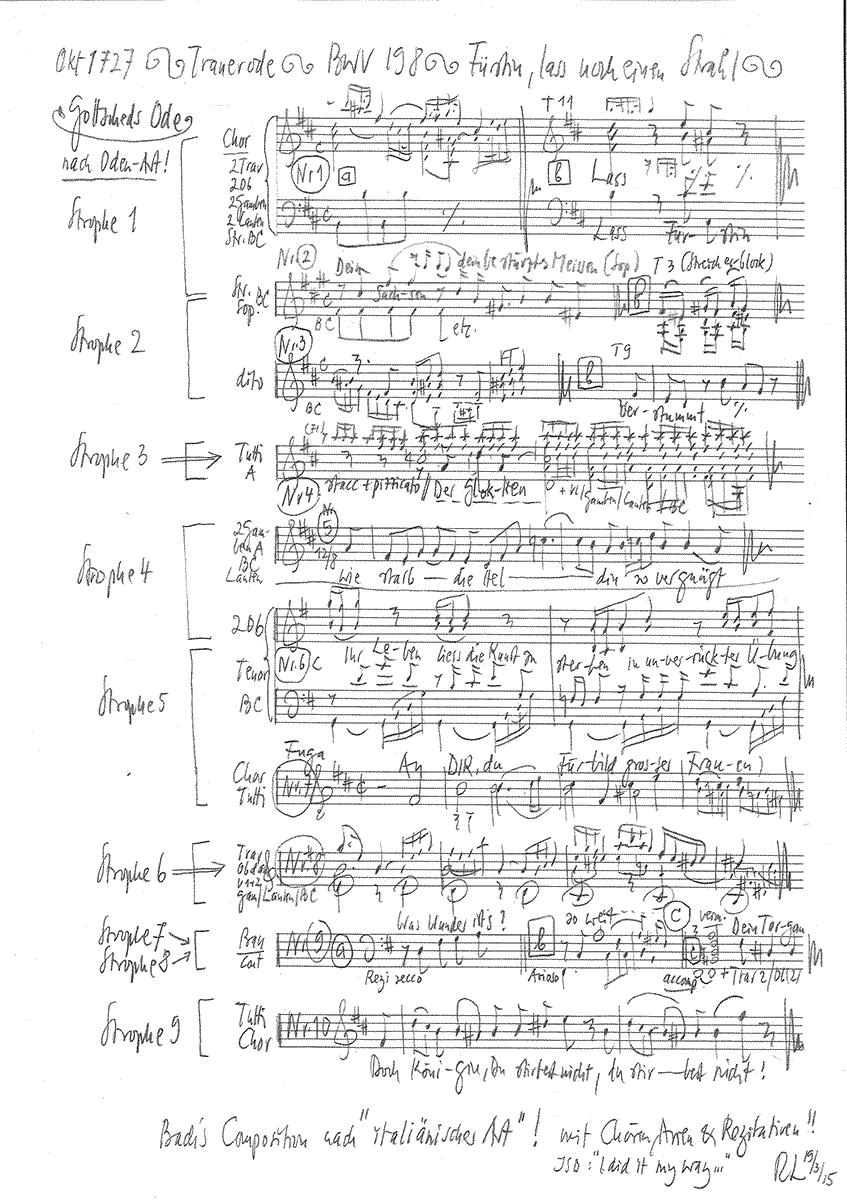 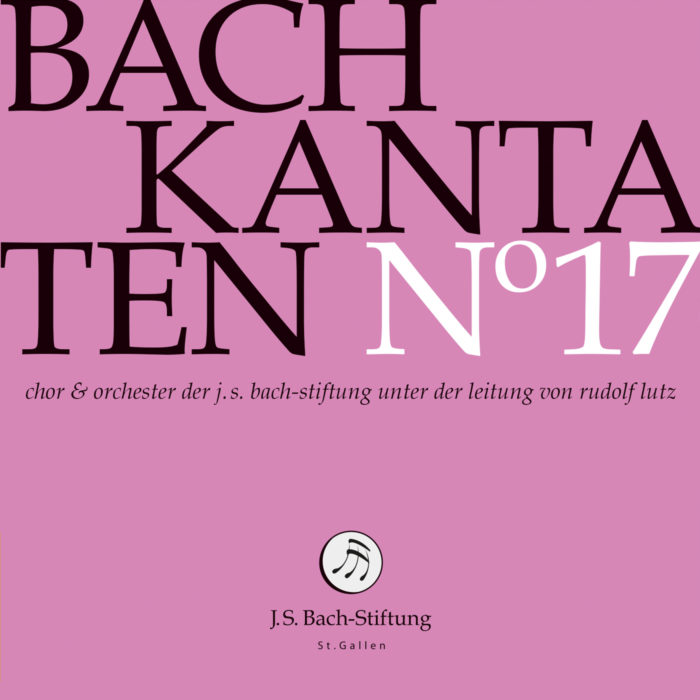 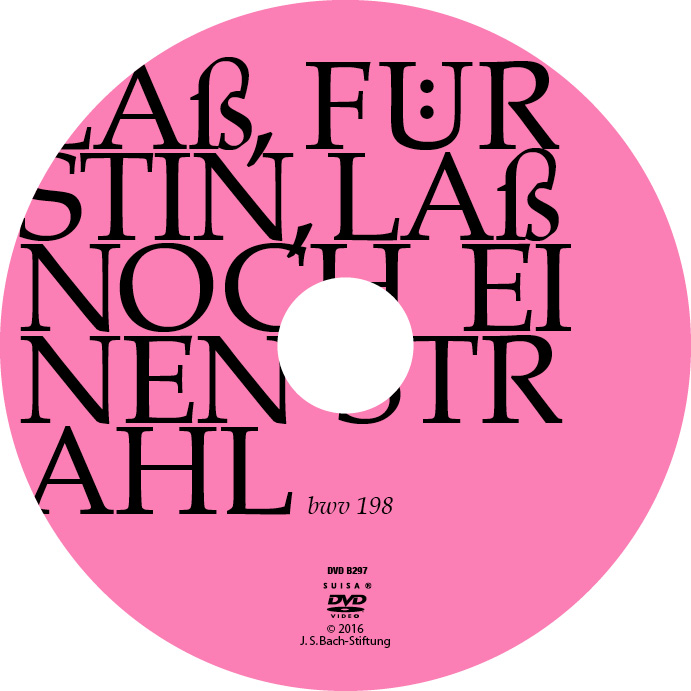 The preparations for this performance, however, were long and fraught with sensitive religious-political issues. The queen, born into the house of Brandenburg-Bayreuth, had remained true to the Lutheran faith throughout her life, unlike her husband August the Strong, who had converted to Catholicism upon ascending the Polish throne. Rejected by the king, Christiane lived out the later years of her life alone in the palace “Schloss Pretzsch”. And while the court-decreed national mourning period can be easily understood as a political convention, the queen’s Protestant subjects lamented most sincerely the loss of their valiant sister in faith. As such, the prestigious ceremony at the University of Leipzig was organised under the initiative of student Hans Carl von Kirchbach, who succeeded in engaging two of the city’s leading artists: Gottsched, the “prince of poets”, and Bach, the Thomascantor. The project, however, stoked the ire of Görner, the organist of St Nicholas Church, who was responsible for the University’s regular music – Kirchbach virtually had to pay the organist to cede his right to perform. And finally, there were artistic hurdles to overcome: Gottsched’s learned, ten-verse ode had to be reworked into a cantata libretto “in Italian style”, replete with recitatives and arias. These efforts, however, were well rewarded. Bach – who led the performance from the harpsichord – composed an exceptionally artistic work, whose exquisite instrumentation and noble tenor no doubt evoked an extraordinary impression in a church that, right down to the organ, was completely draped in black.

Set in the tragic key of B minor, the introductory chorus perfectly captures the essence of courtly funeral music through its elegant dotted rhythms and splendid orchestration of flutes, oboes d‘amore, strings, violas da gamba and lutes, not to mention an incessantly “chiming” continuo. The intense, declamatory choir setting thus speaks to the heart of the listener and retrieves Gottsched’s elaborate poetry of “Salem’s starry heavens” back down to the earthly realm. Two further choral movements – the two-part fugue “In thee, thou model of great women”, directly before the eulogy, and the closing chorus “No, royal queen! Thou shalt not die” – embrace the purpose of the funeral by celebrating the royal “keeper of the faith” and proclaiming her eternal remembrance, while also acting as structural pillars for the composition. The swirling gigue of the closing chorus appears to be a musical rendition of the transient and fleeting nature of life, while the libretto sings on undeterred of a vibrant posterity, thus lending the setting a unique tension.

In keeping with the noble subject of the work, all recitatives are accompanied and feature changing obbligato instruments. The soprano recitative no. 2 (“Thy Saxons, like thy saddened Meissen”) and the alto recitative no. 4 (“The tolling of the trembling bells”) are a testament to Bach’s ability to employ even clichéd compositional formulas such as “funeral bells” and “lamentations” with a mastery that transcends all time. Indeed, the sighing windinstrument gestures above the contained continuo motive in the tenor recitative no. 6 and the delicately balanced three-part form of bass recitative no. 9 convey a heartfelt grief that disregards all decorum.

In the arias, Bach gives expression to the highly metaphorical language of the libretto, yet without compromising the work’s expansive lines. Regardless of whether he is depicting the “muting of the lyres” through a string setting punctuated with rests (soprano aria), shrouding the “contended dying of our lady” in elegant viola da gamba lines (alto aria), or constructing “eternity’s sapphiric house” in an exquisitely layered three-choir combination of transverse flute, strings and continuo, violas da gamba and lutes (tenor aria), Bach addresses the heart, ear, mind and soul of the listener throughout the work. When Leipzig’s city chronicler Vogel declared Bach’s composition to be “sublime music”, this was a most rare compliment. That Bach reused parts of the funeral music in his St Mark Passion (of which only the libretto survives), is, however, entirely unsurprising in light of their related themes and affects.