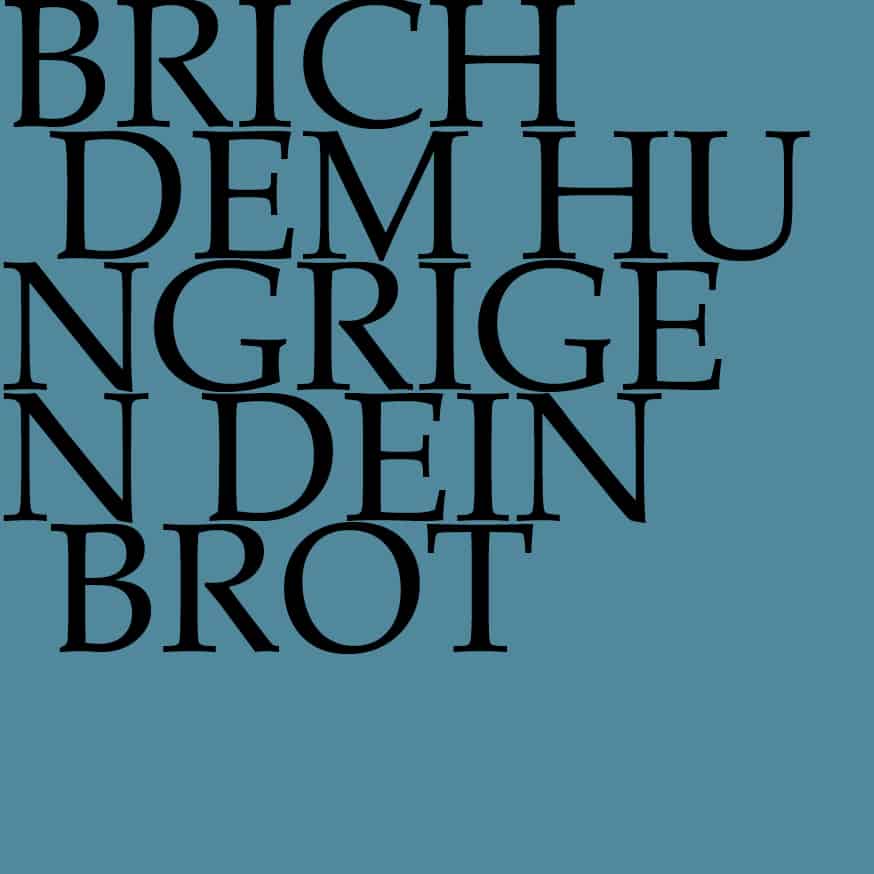 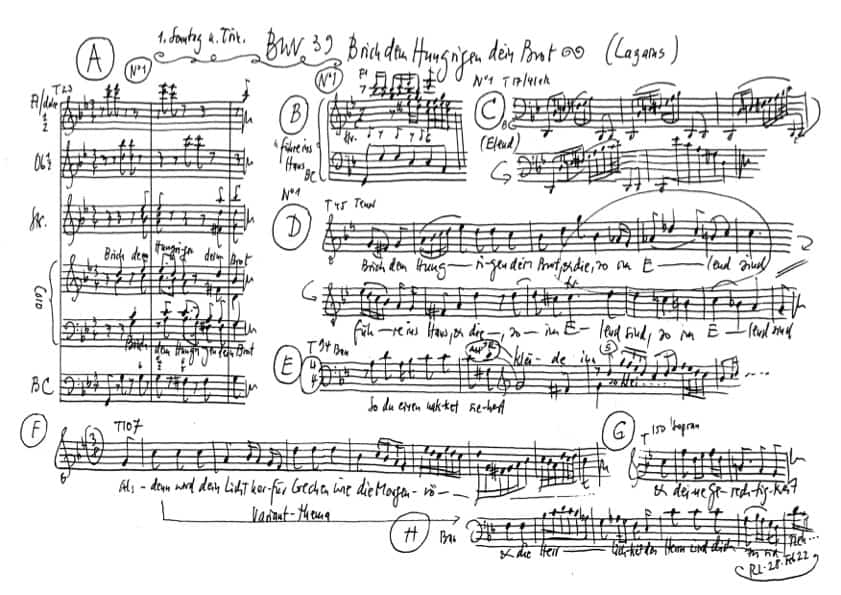 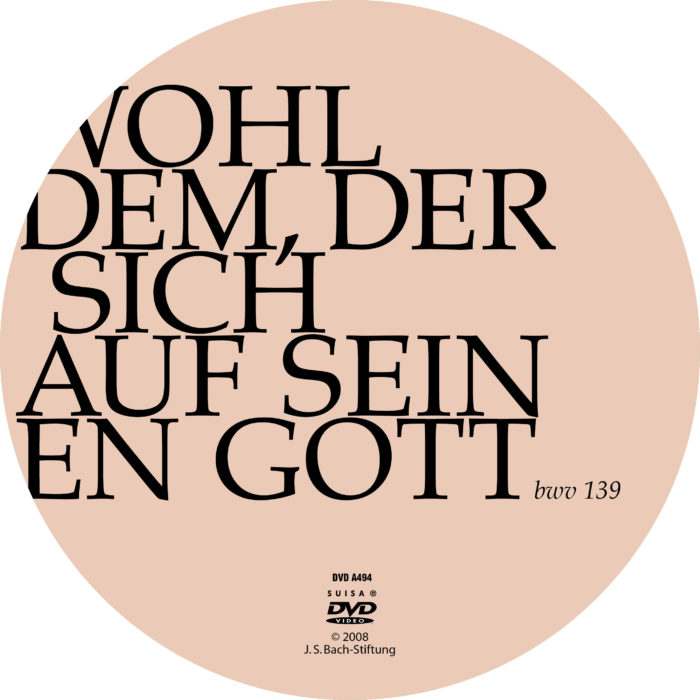 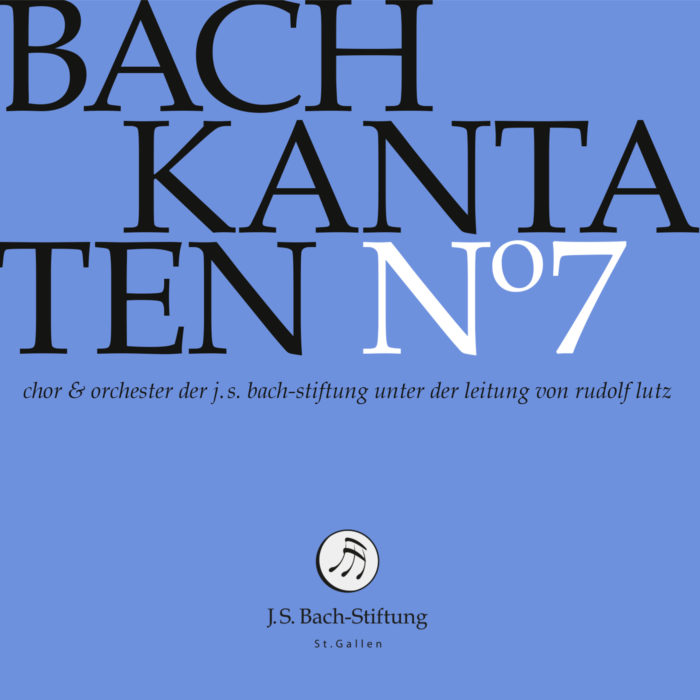 The cantata that has just been performed so beautifully and that we will hear again in a moment, it is almost 296 years old, the opening text from Isaiah even much, much older – and yet: this cantata could not have been more topical today, a cantata that in essence is nothing other than an urgent call for solidarity with the needy, the weaker.

Solidarity is exactly what we are experiencing these days. As shocking as the enormous suffering in Ukraine since 24 February is, as incomprehensible as the actions of the Russian despot may be, when we see the force with which the willingness to help is unfolding in Europe, it is heart-warming and impressive – without ifs and buts.

Our government, the Federal Council, which just a short while ago had fugitives from Afghanistan expelled on the basis of legal considerations with icy harshness, made a U-turn within a few days in favour of a humanitarian commitment that actually deserves the name. That is remarkable.

What is different today in the Ukraine war? What is the effect of this unprecedented willingness to help? The Afghan writer Emran Feroz, whom I hold in high esteem, asked the anxious question of whether the colour of the eyes of the refugees might play a role.

I would like to hope that this is not the case with the vast majority in our country. If we are breaking our bread for the needy in Ukraine, there is obviously something else at play.

If you look at the opinion polls, an astonishingly large part of Europe’s population is now willing to do without Russian gas and oil even if this would lead to major shortages in our energy supply.

We all seem to feel seriously threatened by a despotic attack on our peace, on our system, on our social order.

It now seems to many that we are in a war of systems, a war of despotism against democracy. Many still try to reduce this struggle to one person in the Kremlin – it would be nice, because then all problems would be solved if this person disappeared. But that is all too easy. An international alliance of despotism is in the making. Mohammed bin Salman, Putin and Xi Jinping are united by a deep dislike of our social order. They are even in the process of replacing the dollar as the reserve currency for oil sales with the Chinese currency. With their own banks and without SWIFT, without having to consider the principles of the West. They want us as customers, but they should keep their mouths shut. Do we want to accept that?

How should we respond to this war of systems? Everywhere, in Germany, in the USA, even in Switzerland, there are calls to increase defence spending. NATO, which has just staged a horrific debacle in the Hindu Kush, is now supposed to save the Western democracies, while it has to remain inactive in Ukraine for obvious reasons. I am very sceptical about this.

Of course, when there is a danger of fire, it is good to have a trained fire brigade at hand. But I have experienced too many wars to believe that the military will be able to solve the conflicts – Afghanistan, Iraq, Syria. The best army is still the one that is never deployed because people respect it. From this point of view, the military cards must never land on the table.

But right now, the cards are unsparingly on the table – and they are not good cards for the West.

If I may briefly use the comparison to the danger of fire: at least as important as a well-practised fire brigade is good prevention, good fire protection regulations. Transferred to the international arena, this means that an effective security architecture is needed, an architecture that guarantees security for all states involved.

Unfortunately, however, the security edifice that was created after World War II and expanded during the Cold War has been systematically weakened in recent years, even maliciously deconstructed by Trump, Putin and others; agreements on arms control, on mutual control flights, international structures such as the OSCE, all this and much more has been allowed to expire. Today we are faced with a shambles.

And military deterrence? Right now it only works in one direction, as we have painfully learned in Ukraine.

Henry Kissinger, by no means a pacifist, but a hard-nosed politician who thinks in global categories, predicted quite accurately in a report in the Herald Tribune in 2014 what would go wrong if the complex political situation in Ukraine and the Kremlin’s objectives were not properly assessed. His warnings went unheeded at the time. In the end, things turned out exactly as he had predicted.

I just can’t understand how people throw themselves into the fray so that more armament is absolutely necessary, who are prepared to pay between 2 and 3% of GDP for it, but who shy away from effective sanctions because, in the case of Russia, they could cost another 3-4% of GDP.

Sanctions and embargoes are expensive, and they only work if they have multinational support. However, if such measures are applied consistently, they become a highly effective deterrent, highly effective against further attacks that are sure to come. We can see how the always smugly smiling Xi Jinping has just become a little nervous because the golden deal along his new Silk Road is in danger.

This is the only leverage we have in the global war of systems. But economic deterrence must be at least as credible as nuclear deterrence. The half-hearted sanctions of the past were counterproductive, they showed the despots all over the world: “Do what you want – we just want to carry on our business.”

Often they say: “If we don’t deliver, our competitors will” – this is true and only proves how important it is to support international sanctions broadly. Again, effective sanctions cost money, a lot of money, but not nearly as much money as the havoc being wreaked in Ukraine right now. And: We have a well-developed insurance industry that could at least partially cushion the risks associated with sanctions, as is already working excellently with ERGs or Hermes guarantees.

The great advantage of economic leverage: They can be used in a targeted manner at the negotiating table. For one thing should be clear: No matter how much this systemic war comes to a head, in the end we will have to negotiate again.

The alternative would be the chaos of a global repetition of the Thirty Years’ War.

Incidentally, the European Thirty Years’ War in the 17th century is a good example of how, in the end, it is only diplomacy that can end conflicts.

Negotiations lasted for five years until the Peace of Westphalia on 24 October 1648 put an end to the slaughter in Central Europe and, incidentally, to the Netherlands’ 80-year war of independence against the Spanish.

A third of the people living in Central Europe had not survived the murder and killing and the accompanying epidemics. The continent lay in ruins. Yet peace was made.

One thing should be clear to us here and now: without this peace, we would hardly be able to hear the wonderful music of Johann Sebastian Bach today. For it was these treaties that gave Central and Western Europe an economic upswing. In Saxony, we speak of the “Age of Augustus”, in which Elector Augustus allowed culture to blossom – the Baroque Age experienced one climax after another.

Unfortunately, peace at that time did not mean prosperity and justice for all. On the contrary.

In Saxony, even 70 years after the conclusion of peace, i.e. around the time Cantata 39 was written, about half the people lived in the extreme precariat. Women, by the way, were particularly affected, being more than three times as hard hit by poverty as men: maids who had been impregnated by the landlords and then thrown out onto the street, widows, single mothers. The only way out for many of these women was either beggary or prostitution.

The then prevailing class system with guilds and a corrupt aristocracy blocked the social advancement of the individual. The promise of the Enlightenment was not fulfilled, the system was dysfunctional. In this sense, the cry “Break bread for the hungry” was also an expression of the realisation that one was living on a social volcano, a volcano that was to erupt three generations later in the Paris basin.

Much of what has improved since then is due to precisely this insight, namely the insight that the “breaking of bread” is not only to be understood as a sign of mercy, but also as a prerequisite for the survival of a social order.

In the cantata, the reward for this still comes from God. In our secularised world, the reward may be experienced much more directly, provided that in the extremely dangerous war of systems, we are willing for once to subordinate our “business as usual” to the survival of our social order. I ask you to listen to Cantata 39 again from precisely this point of view.