Bach’s Mass in B Minor belongs to his most famous works, yet the history of its composition remains beset with questions, mostly surrounding its puzzling revision and completion in the late 1740s. What is certain, however, is that the Kyrie and Gloria movements were written already in 1733 and pres-ented as a composition dedicated to the new Prince-elector Friedrich August II in Dresden as part of Bach’s efforts to attain the title of Kapellmeister. Notably, these works are themselves partly reconstructions of older compositions that were revised and amended to suit the Latin text of the Mass and their new purpose – a pragmatic parody approach that Bach also applied to the Christmas music “Gloria in excelsis Deo” (BWV 191). Although only one copy of this work survives, it is in Bach’s hand. Preserved today in the Berlin State Library, the autograph score is entitled “J.J. Festo Nativitatis: Xsti. Gloria in excelsis Deo. à 5 Voci. 3 Trombe Tymp. 2 Trav. 2 Hautb. 2 Violini Viola e Cont. di J. S. Bach”. Its three movements are entirely based on drafts for the first version of the B Minor Mass planned for Dresden. 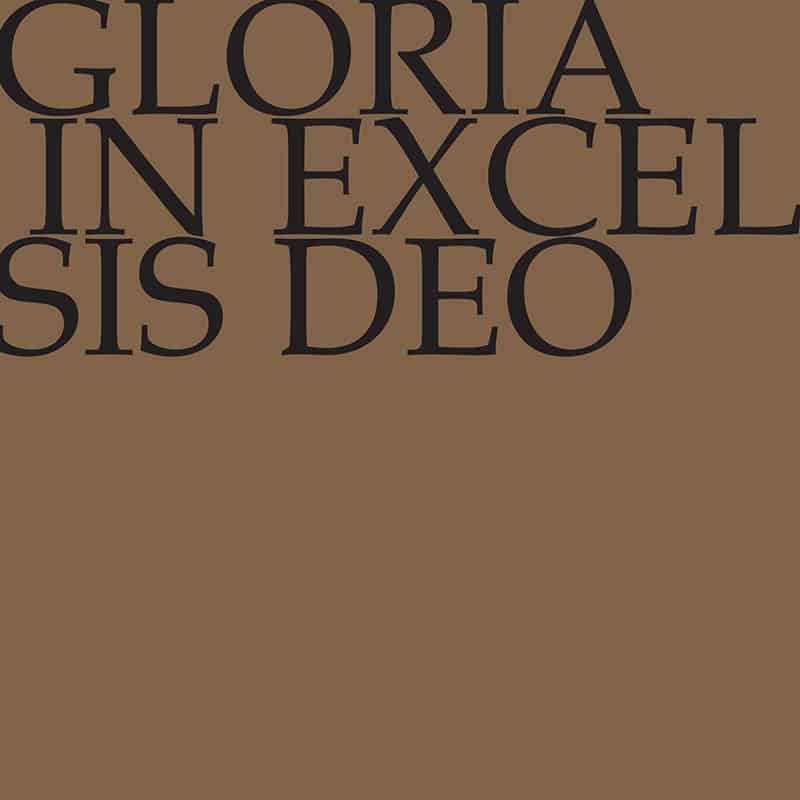 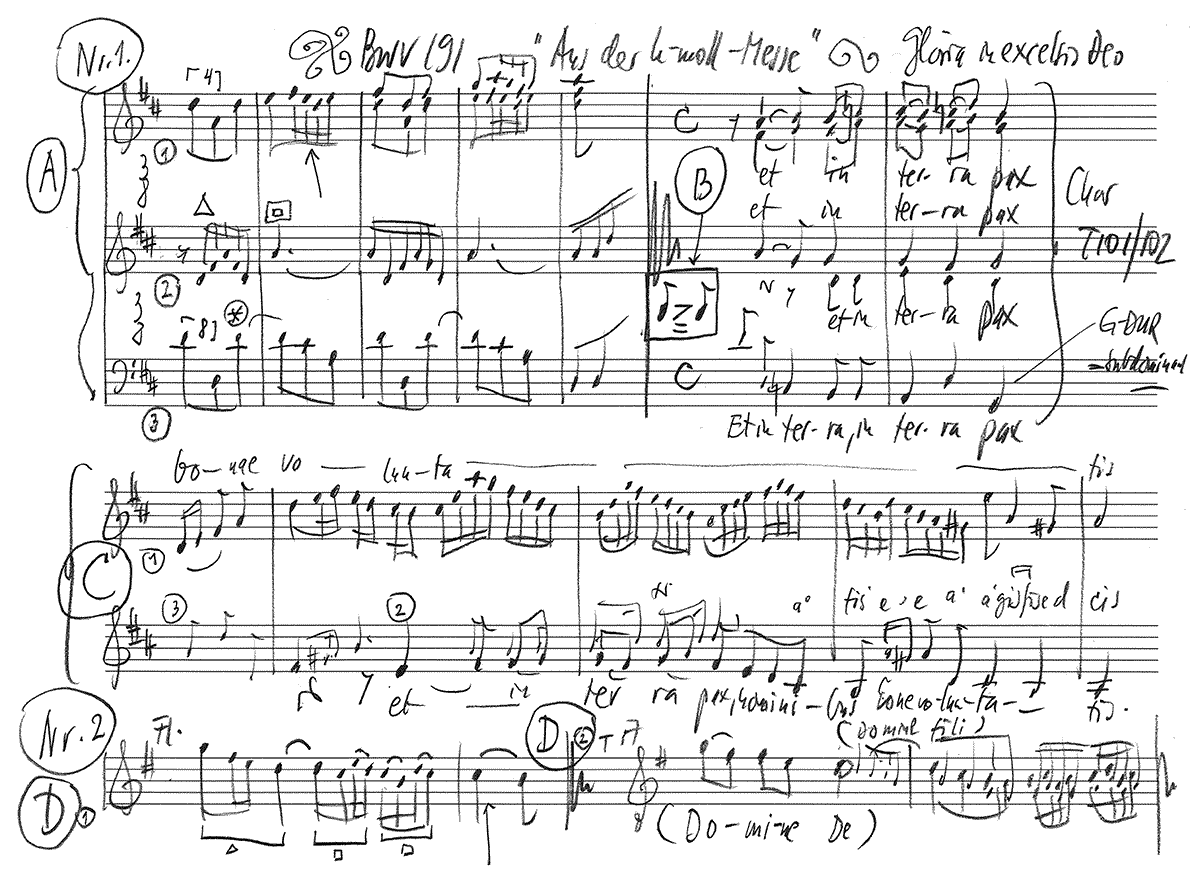 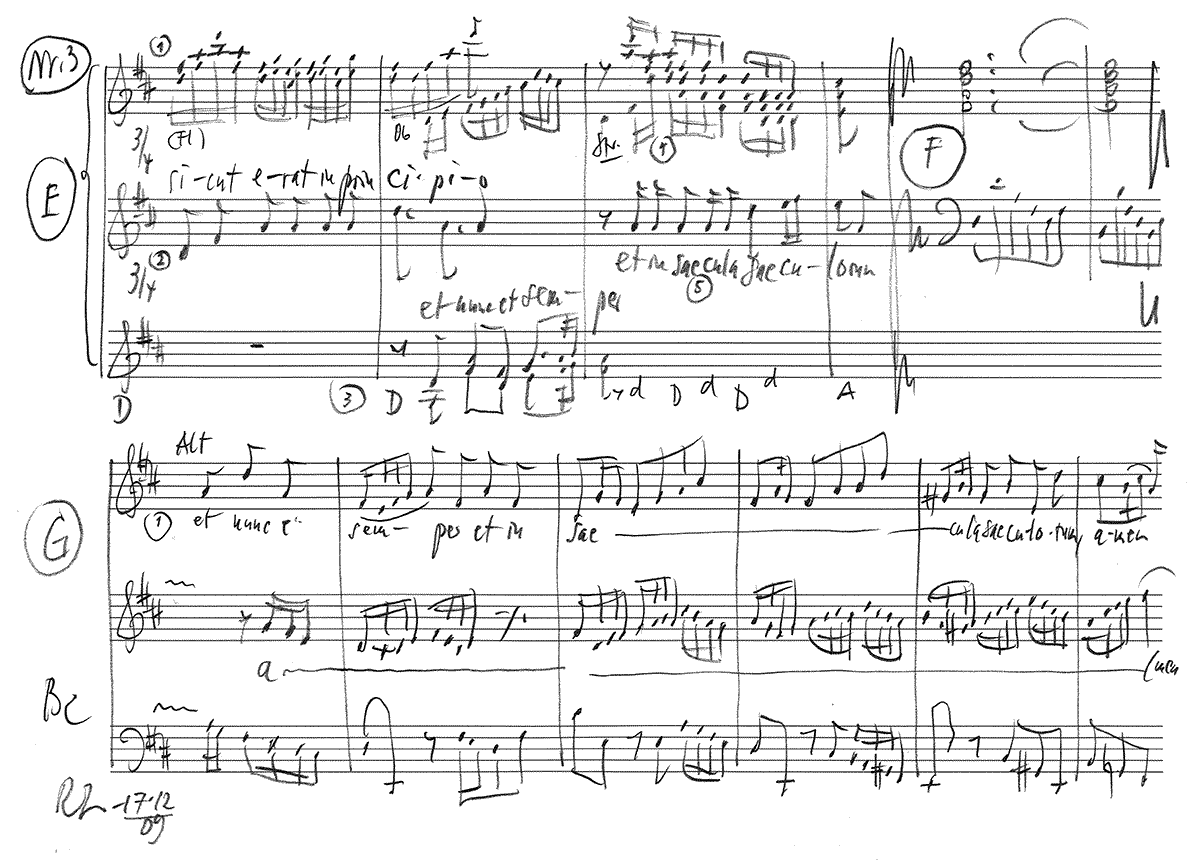 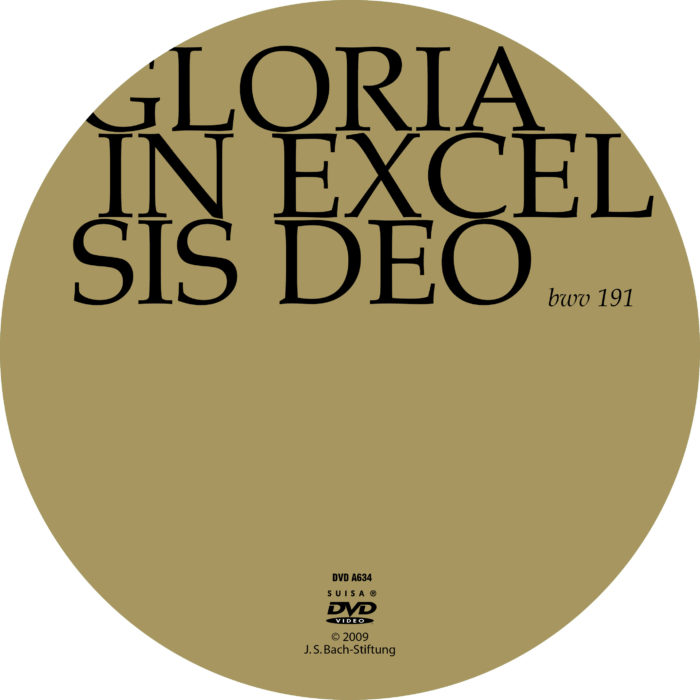 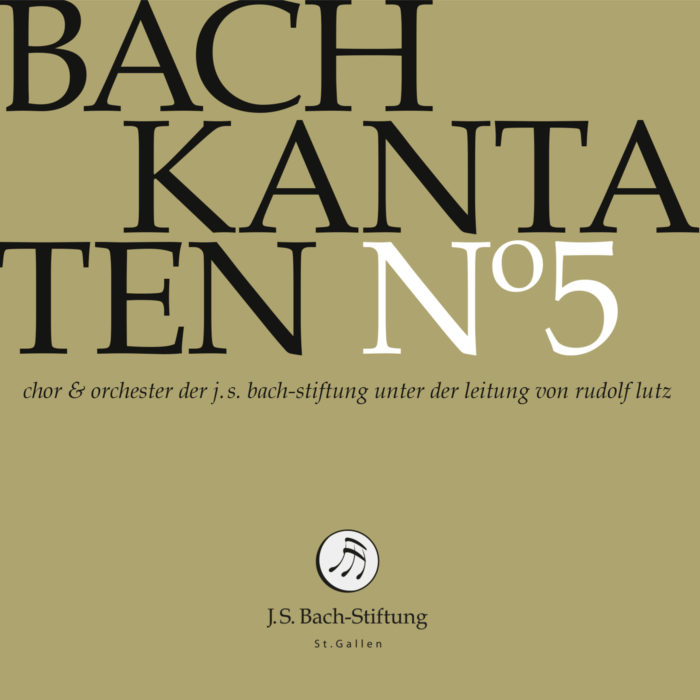 The text and music of the introductory chorus “Gloria in excelsis” is reused with only minimal amendments, while the soprano and tenor duet “Gloria patri et filio et Spiritui sancto” as well as the closing chorus “Sicut erat in principio” are clearly reworkings of the “Domine Deus” and “Cum sancto spiritu” movements of the Mass. Aside from its new libretto, the shortening of the duet by 20 bars represents the greatest change in the first movement. In contrast to these minimal alterations, many details in the weighty closing chorus were revised, with the most obvious change for listeners familiar with the B Minor Mass being the extra bar preceding each appearance of the phrase “Sicut erat in principio”. In addition, the flutes and oboes (scored unison in the Mass) are given separate parts, perhaps to lend the work a more festive, Christmas spirit and to provide a more natural transition to the following flute-accompanied duet “Gloria patri”. Aside from its assignation to the First Day of Christmas and the easily recognisable parody source, the remaining details of the composition’s origin remain unknown. It was certainly not planned as a liturgical mass; the note “Post orationem” indicates rather that it was intended as a two-part work framing the sermon, a typical feature of Bach’s church cantatas. Since there are no indications to date that a musical setting of the gospel in Latin took place in a Leipzig city church – a most improbable scenario – the great Bach scholar Alfred Dürr has long suggested that the work was occasioned as a special commission or for a particular event. In this regard, even the briefest of notes by Bach on the autograph would have made the work of generations of later scholars much easier. The date of the work is also unclear and can only be roughly allocated to the last ten years of Bach’s life based on an analysis of the manuscript paper. Of certainty, however, is that it is an enchanting parody on three movements from Bach’s great Mass, and that it is well worthy of more frequent performance.