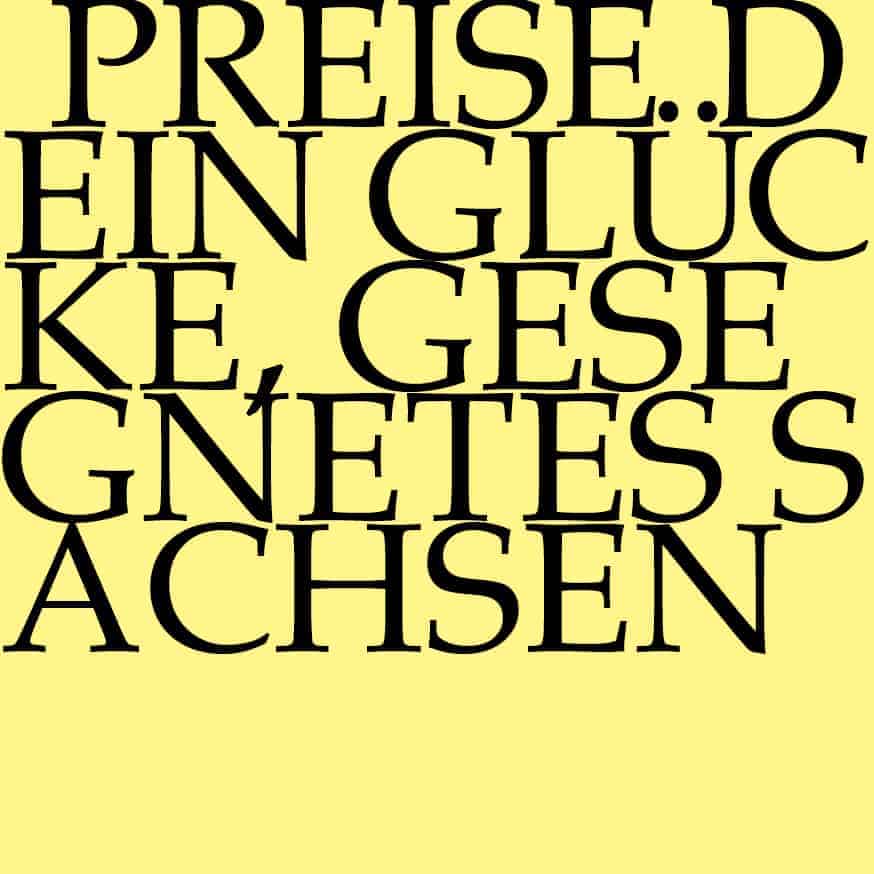 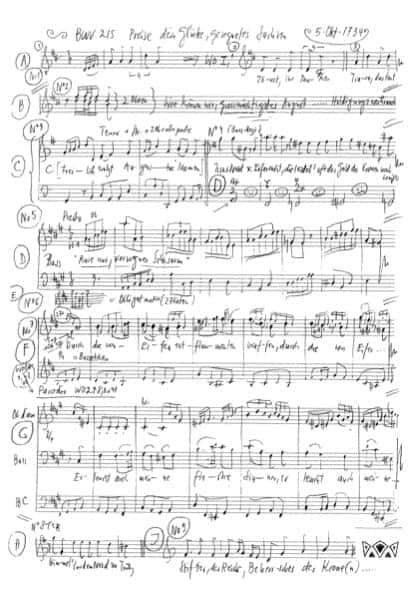 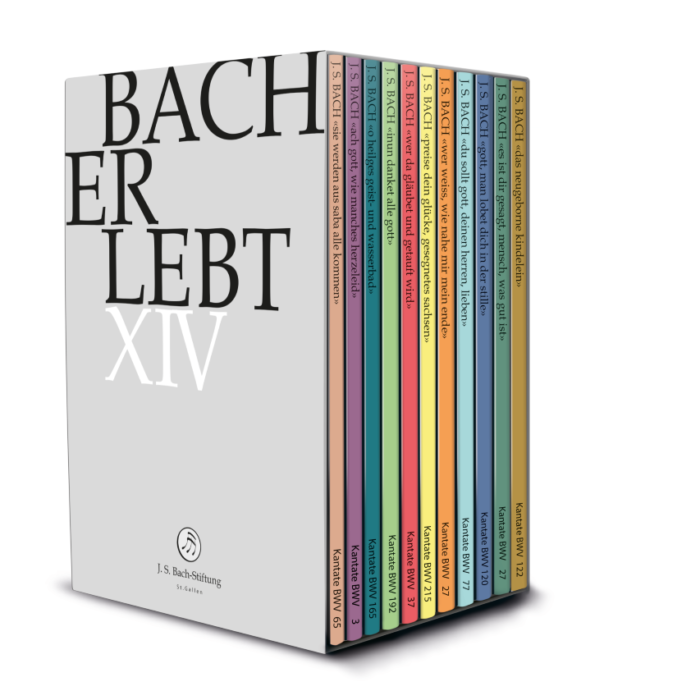 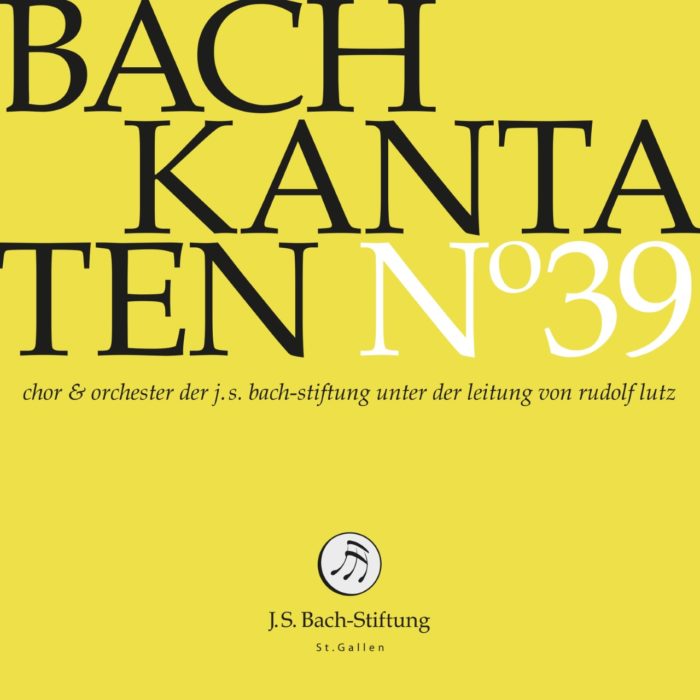 In the early evening of 5 October 1734, Leipzig marketplace was the scene of a spectacular event. According to a report by city chronicler Riemer, 600 students bearing torches took part in a procession to honour the visiting royal couple; in addition, four noble “marshals” led music ensembles distributed across several balconies. The performance was a further instalment in Bach’s ongoing efforts to gain the protection of the Saxon-Polish court by composing elaborate congratulatory cantatas and, as such, to compensate for his difficult relationship with the Leipzig city council. Among the total of around twenty homage cantatas composed by Bach, “Preise dein Glücke” (Praise now thy blessings) stands out not only on account of its double choir but also due to the quality of its libretto by jurist Johann Christoph Clauder (1701–1779), which, beyond expressing the necessary flatteries, also addresses the political power struggles and the ongoing war for the Polish throne.

Of particular splendour is the introductory chorus, which employs the full gamut of festive musical formulae and no doubt transformed the spacious marketplace into a stage for musical praise. Considering that Bach had only a few days’ notice to compose the cantata, he likely reused an earlier setting written in honour of August the Strong, “Es lebe der König, der Vater im Lande” (Long life to the King now, the nation’s true father, BWV Anh. 11), a plausible choice that highlights the dynastic continuity from father to son. In the late 1740s, Bach reworked the A section of this movement as the Osanna of the B Minor Mass, which has assured the setting lasting fame.

With its ostinato oboe interjections, the contrasting tenor recitative emphasises the submissive adoration of the loyal subjects, who, in the “Bild und Wesen” (form and being) of August III, recognise his father, August II, who had died one year earlier. The ensuing aria, “Freilich trotzt Augustus’ Name” (True, Augustus’ name defieth), through its transparent and short-phrased format, jaunty syncopation and echo effects – not to mention its for Bach unusually showy solo coloraturas – aims to capture the popular style of the Dresden Opera, with which Bach was well acquainted. In this setting, librettist Clauder refers to diverse “Provinzen” (provinces) – a surprising image for the middle power of Sachsen – and also conjures up Virgil’s metaphor of a renewed “Güldnen Zeit” (golden age), thus lending the governance of August III, despite his personal mediocrity, an ancient Roman aura that simultaneously underscored the claims of the house of Wettin to the imperial throne, claims that were consolidated through August III’s marriage to the Hapsburg princess Maria Josepha.

The indulgent bass recitative “Was hat dich sonst Sarmatien bewogen” (What else hath thee, Sarmatia, persuaded) presents a clever panegyric on the prince’s rule. Reference to the constructed ancestral realm of Sarmatia (a term used by the Polish nobility to distance itself from the Slavic origins of the common people) is duly placed, and the limited resources of the Sachsen prince, who was dependent on Russian military assistance, is reframed as a virtue of his exemplary personage. In a stageworthy “Furia” setting replete with racing broken chords and volleys of scale-like figures, the ensuing bass aria “Rase nur, verwegner Schwarm” (Bluster on, presumptuous mob) showcases the futility of all enemy intrigues; at the same time, however, it makes clear the extent of the ongoing threat and even musters sympathy for August, the misunderstood but virtuous martyr. In view of the unusual rhyme scheme, it is fair to assume that the aria is a parody of a now lost work. Likewise, and bearing in mind Clauder’s background knowledge, the reference in the libretto to the attack on one’s “eigene Eingeweide” (very own bowels) is most probably an allusion to the fratricidal wars between factions of nobles that contributed to Poland’s later division and destruction.

The sole antidote to such raw violence is loving kindness, a quality embodied in the soprano recitative by two transverse flutes, whose short but persistent motif nonetheless suggests a tenacity that seems to pay off, as evidenced by the changing battle fortunes on the Baltic Sea and the Weichsel River described in the libretto. The following aria thus puts forward a standard image of an honourable reign: it is the Caesarean virtue of clemency that transforms August into “Augustus” and allows him to repay “Bosheit mit Wohltat” (wickedness with good), an exceptional act of mercy that is highlighted by the use of an upper-register basset accompaniment to support the high flute, soprano and oboe d’amore parts. Bach later reworked precisely this music as a bass solo with continuo for the Christmas Oratorio – in a setting related to the tyrant Herod, no less – a revision that numbers among the charming paradoxes in his parody writing.

In the following multi-verse recitative, not only the anniversary of the king as commissioner of the cantata is called to mind, but also Bach, the versatile composer, who can write blaring trumpet parts and courtly vocal trios with equal aplomb. That this movement also lauds the sovereign’s wife as the “Landes- Sonne” (nation’s sunshine) and protector of the “Lindenstadt” (Lindentown) indicates that, behind the words of praise, there lurked a military threat that was felt keenly in the trade fair city of Leipzig, which relied on peaceful commerce. Following the glorified comparison of the city to the seat of the muses in the Pindus Mountains, the whole of Leipzig appears to join in the resounding closing chorus, a typical rondo-form setting that praises the divine succession of the Augustan reign. The success of the evening performance, however, was sadly marred for Bach the following day, when Johann Gottfried Reiche, his loyal trumpet player, died suddenly of a stroke that city chronicler Riemer attributed to “torch smoke and the strain” of the event. Today, Bach and Reiche are reunited in the town hall museum, where their impressive portraits are on display – just a short distance from the site of their last performance together.

Around nine o’clock in the evening, the local students presented to their royal majesties a most deferential evening of music with trumpet and timpani composed by capellmeister Joh. Sebastian Bach, Cantor of St. Thomas, at which six hundred students carried wax torches and four noble counts acted as marshals in leading the music. Originating at the “Schwarzes Brett”, the procession led through the Ritterstrasse, Brühl and Catharinenstrasse to the king’s lodgings, and as the musicians reached the weighhouse, trumpets and timpani players ascended the same, as did a choir at the town hall. Upon presenting the libretto, the four counts were allowed to kiss the royal hand. Afterwards, his royal majesty, the royal consort and the royal princes did not leave the window for the duration of the music, but instead listened most graciously, and their majesties were heartily well pleased. (Riemer’s Chronicles, 5 October 1734)

In the context of the change of rulers at the Saxon-Polish court in 1733, Bach, professionally bogged down in Leipzig, spared neither expense nor effort to earn the favour of the royal house and possibly a title of Kapellmeister. A number of festive cantatas in honour of the ruling family are an expression of this endeavour, among them the congratulatory music BWV 215 performed on 5 October 1734 in the torchlight of Leipzig’s market square. Since the new King August III had yet to gain military acceptance in Poland, the libretto and cantata are permeated with martial-diplomatic metaphors in addition to references to the seat of the Muses, Leipzig. The double-choir opening movement “Preise dein Glücke, gesegnetes Sachsen” in particular unfolds extraordinary splendour. Bach later reworked it into the Osanna of the B minor Mass, just as he included an aria from our homage cantata in the Christmas Oratorio, which was completed only a little later.