for soprano, alto, tenor and bass, vocal ensemble and orchestra

The Swiss town of Trogen and its main square situated in front of the church are traditionally associated with the Landsgemeinde assemblies of the canton of Appenzell Ausserrhoden – and thus with the hymn “Ode an Gott” (Ode to God) sung at the beginning of each assembly. And over the last ten years, since the J. S. Bach Foundation and its ensemble conducted by Rudolf Lutz have been performing in the church, the town has also become closely associated with the sacred oeuvre of Johann Sebastian Bach. 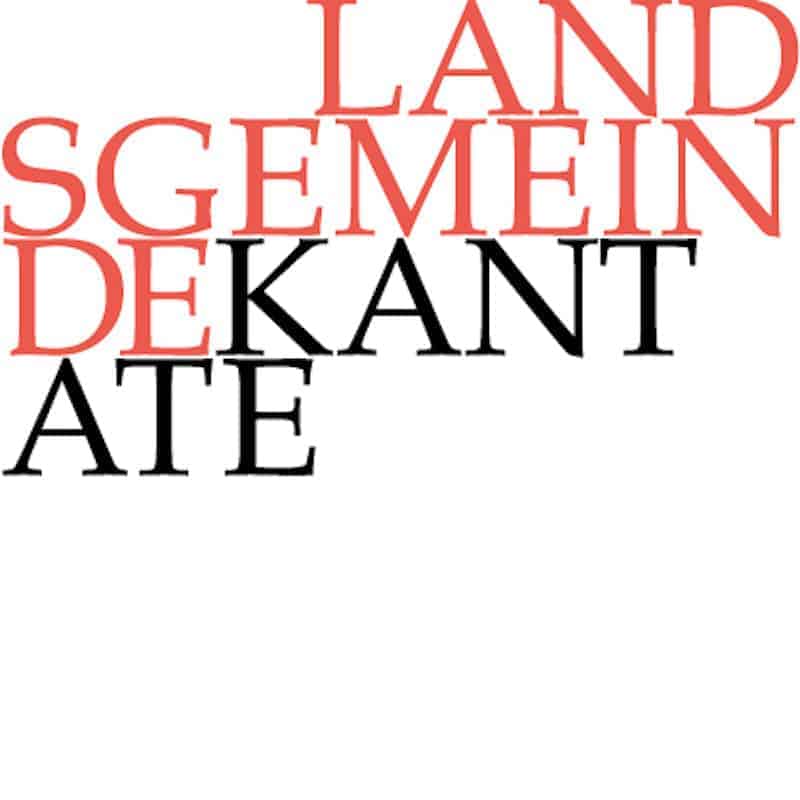 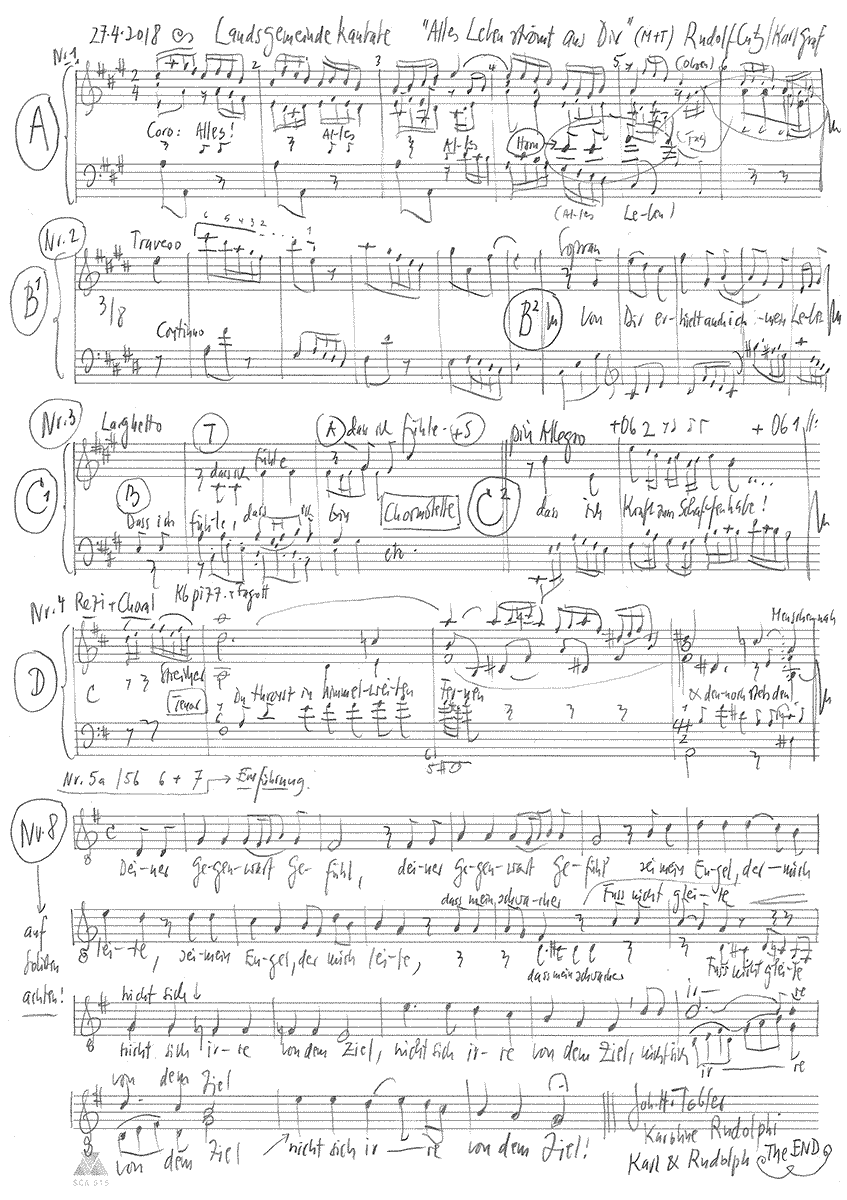 This dual musical relationship inspired both the idea of a new composition to pay homage to the hymn – which holds personal significance for composer Rudolf Lutz – and the decision to base the work on the style of Bach’s chorale cantatas. This choice posed challenges, not least because Bach’s oeuvre stands in pointed contrast to the compositional period and classical-romantic style of the Landesgemeinde hymn. At the same time, however, it placed the whole gamut of highbaroque compositional forms and chorale treatment at the disposal of Rudolf Lutz, whose new composition also echoes the compact symphonic idiom of Haydn and the atmospheric choral treatment of Mendelssohn.
The introductory chorus, a powerful concertante orchestral setting, opens with mighty choral calls and a thematic horn signal ere the vocal parts enter into a flexible movement that is divided into distinct, melismatic lines. The second movement, an aria set as a trio for soprano, transverse flute and continuo, interprets all life as a gift from above, a message that is enhanced not only by the fragile flute timbre and elegiac mood but also by the descending gesture that draws on the last line of the chorale verse. The third movement, a chorale fughetta with subtle layering of parts, returns to the hymn text and its message of deep gratitude, while the episodes for alto and oboe trio express the spirit and energy that this engenders. The recitative and arioso, movement number four, is opened by the tenor soloist and inspired by the tone of Bach’s Passion compositions. This setting musically reveals the source of human freedom as lying in the dichotomy of external distance to God and internal closeness to God in suffering, before yielding to a distinctly romantic and soulful vocal style with the entry of a low choir (ATTBB) on the line of “Welch ein Trost” (what a comfort).
The rich wind setting of the aria “Welch ein Vorrecht ist’s zu leben” (what a privilege it is to live) provides a vibrant backdrop for the bass soloist whose peasant-heroic attitude and occasional buffoonish gestures round out a setting that confirms the blessings of peace and freedom as a true source of joy. It is a distinctly sturdy but thoroughly polyphonic setting in which melodic fragments of the hymn abound. The ensuing “song of joy”, assigned to a vocal terzet of soprano, alto and tenor, presents an Appenzell country waltz, complete with an even-metred “Tempo di Schottische” inserted in the middle section and a closing coda. In good baroque-suite style, the music of this movement gives a good-natured nod to the folk heritage of the region.
The ensuing bass recitative – a strict sermon – gains considerable traction through the addition of strings and woodwinds, ere the soprano and alto duet “O so gib, dass rein und wahr” (O give us, that pure and true) evokes through muted strings and high basset scoring the ethereal charm of the Landsgemeindelied, which, despite its tradition as a hymn, is in essence a heartfelt prayer. In this movement, the airiness and sweetness of the part writing, reminiscent of Corelli, subtly enhance the text’s concerns of all-too-human artifice. The closing verse, by contrast, builds on the sense of identity and community that this hymn – a song both religious and political – inspires. The movement opens with a pre-emptive, imploring rendition of the last two lines of text before presenting the full verse in an expansive double choir; in good Bach-like fashion, the higher number of voices raises not only the fullness of sound, but through the heightened harmonic beauty also the spiritual import of the music.
With its interplay of poetry and music, the cantata – dedicated to Konrad and Elizabeth Hummler – can thus be appreciated as an endeavour to meld respect for the origins and history of the hymn with a new compositional interpretation. It is a work that bestows on the Landsgemeindelied both the richness of textual-theological interpretation and the subtly concertante musical shading that Bach and his librettists also used in their treatment of the Protestant chorale tradition. The established compositional style and traditional forms of Bach’s era mark out – akin to slalom gates on a ski piste – a clear, fixed path, while allowing too for joyous free runs into unmapped territory.