(Were God not with us all this time)  for soprano, tenor and bass, vocal ensemble, corno, oboe I+II, strings and basso continuo 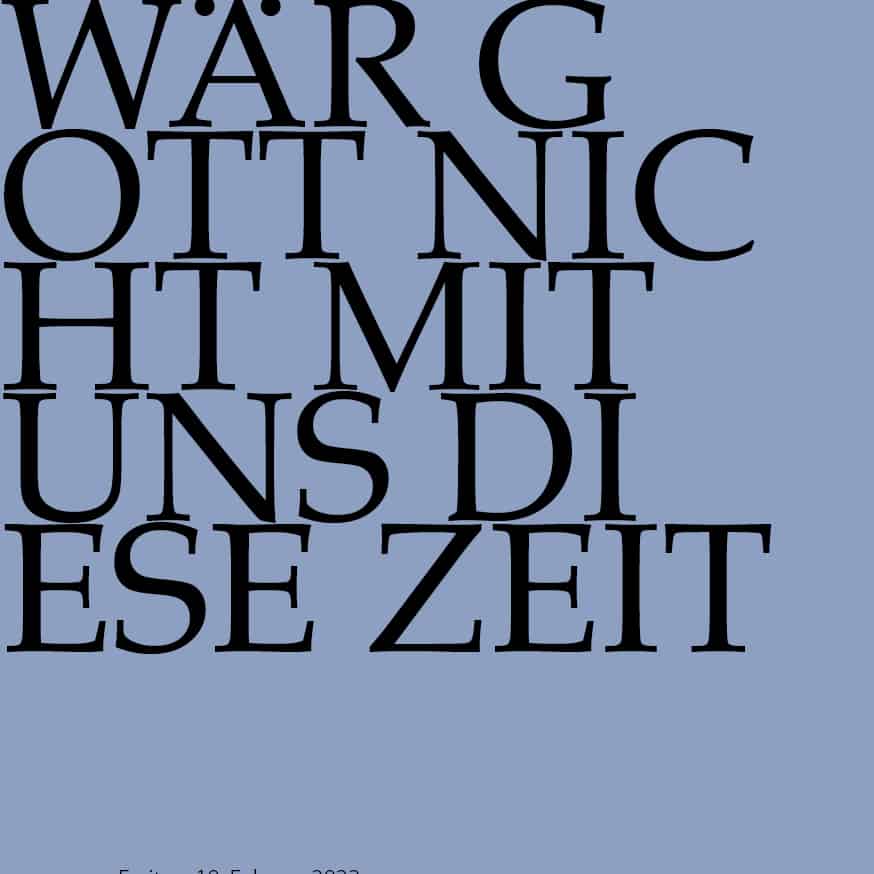 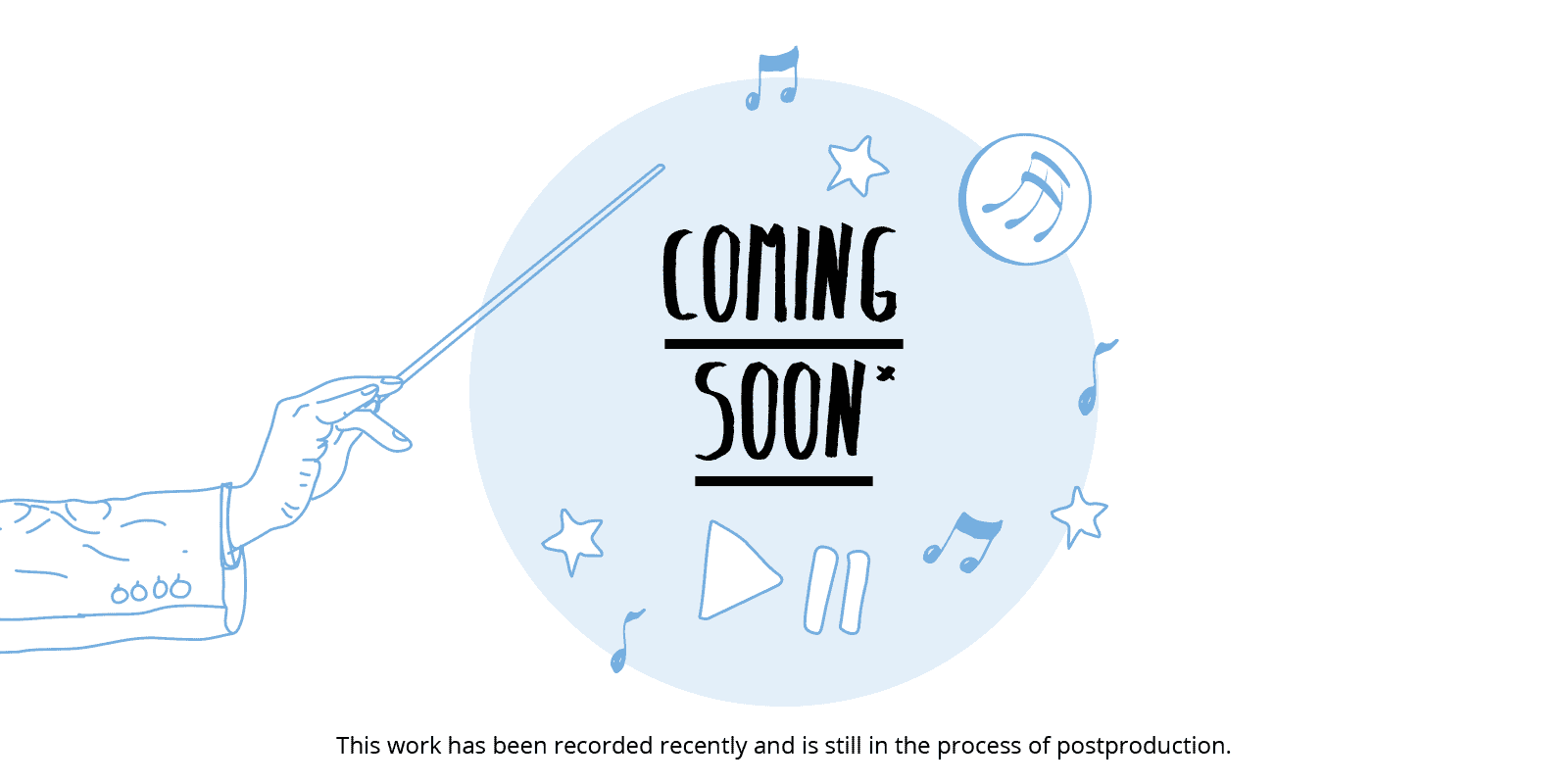 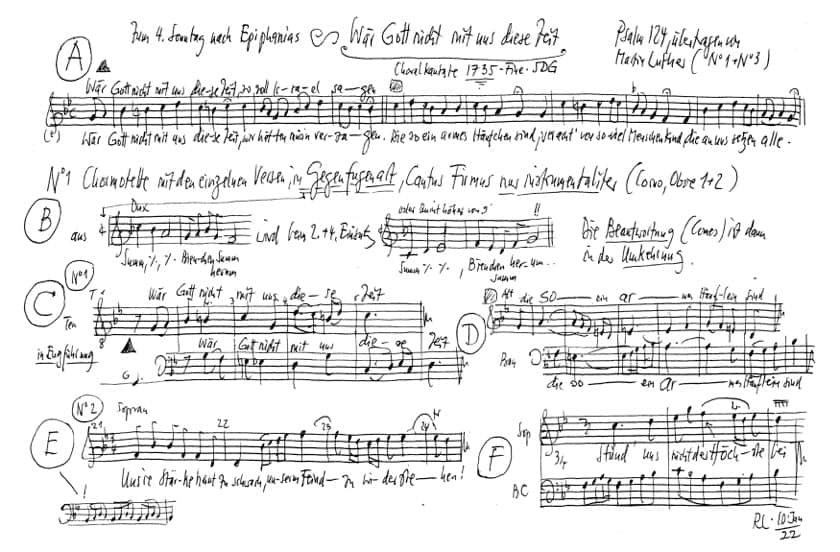 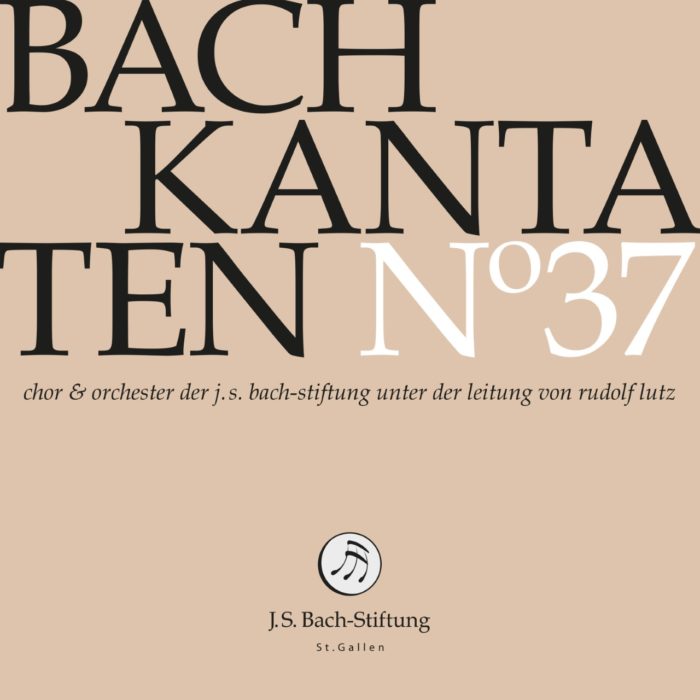 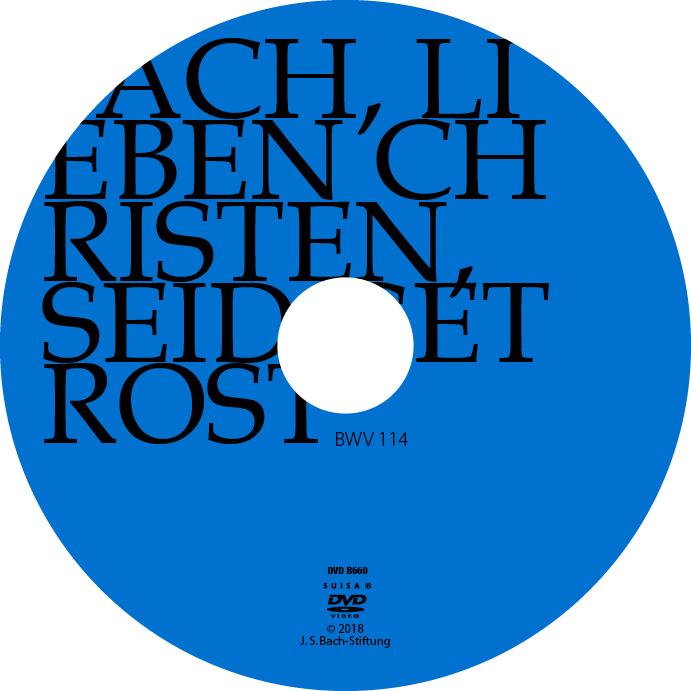 “Were God not with us all this time…”

“Were God not with us all this time” – in the text of the cantata, the subjunctive is striking: “would”, “would have”, “would be”, “would stand”. The subjunctive expresses assurance, gratitude, encouragement, but also being chosen. Moreover, one could see in it a kind of proof of God: If God did not exist, then the people of Israel – as the choir sings – “would no longer be alive”. But now they are alive, so there is God, the protector. The existence of the Israelites is “evidence” of God’s support. That sounds plausible, but the logic of this reversal is fragile – and it also tends towards dogmatism. I do not want to go into that here. Faith, after all, is not a matter of “evidence-based”.

The text spontaneously appeals to me for another reason. I love the subjunctive. The formula “What if…?” or “What if not…?” has been part of my thinking kit since I studied theoretical physics. Therefore, I would like to take a closer look at this wonderful instrument of the subjunctive in the following quarter of an hour – which may be a little unusual for you at first. And it will not be grammatical considerations.

Physical first. Theoretical physics always plays a game of what-if in its models, it juggles with hypotheses. Today in cosmic format. Why is the world the way it is? Physicists like to answer this question by using the subjunctive. As you know, the standard model of cosmology assumes a big bang. It represents nothing other than a primordial energy source. It is from this that the elementary particles arise and the universe expands.

And here the physicists argue formally quite similarly to the cantata text. Of course, they do not say: “If God were not with us…”, they say: “If there had not been a very specific relationship between energy density and expansion rate at the beginning of the universe, there would be no galaxies, stars, planets and physicists puzzling over this relationship”. In fact, in the history of the universe, from the Big Bang to us in this room today, there have been an enormous number of improbable fine-tunings, so that the question almost inevitably arises as to whether all these improbabilities are due to chance alone, or whether something like an inscrutable direction has controlled the whole thing. You are probably familiar with the debate on so-called Intelligent Design. This is no longer a subject for physics, but with such questions of origin, quite a few physicists – whether they like it or not – slip from physics into metaphysics.

Let’s stay on less slippery ground. For example, on the ground of history. Historians also ask the what-if question. For example, the Briton Niall Ferguson. He has brought so-called “virtual history” into the discussion, that is, playing out scenarios and sequences of events as they might or might not have happened. What if Jesus Christ had not been crucified? Probably there would be no martyrs, no crusades, no church music, no Bach Cantata 14, no lecture in Trogen. Many historicists turn up their noses. This is ridiculous, idle fiction, they say, and anyway their business is primarily to record what has been and what has happened. But the smart Ferguson wanted to challenge precisely this canonical self-image. Historical facts are not unshakeable, they are always interpreted, no matter how objectively they are presented. Historiography is ultimately narration.

Virtual history is therefore not directed against the objectivity of historical facts, but against an overly rigid, a “deterministic” historical view of things; against the idea that we cannot escape the entanglements of events. Things did not necessarily have to turn out the way they did. History is always factually underdetermined. We know dismayingly little about the past. And we compensate for this ignorance with what-if thinking. One should only admit this. That can loosen blockades, open horizons. What can be imagined differently can also be shaped differently. That’s why it’s good for historiography to be seasoned with a pinch of imaginative salt.

Our whole life consists of what-if stories, in philosopher’s jargon: of counterfactual scenarios. The ability to distinguish between the factual and the counterfactual is probably a unique feature of humans. All other animals perceive what is, we also perceive what could be. We always live in virtual worlds, even before the metaverse of Facebook. What-if thinking is the root of science, technology, literature, all creativity and culture. It can be fact-based – often a necessity – but it can also do without facts or even be directed against facts. We recently call this alternative facts. A dictionary of neologisms describes alternative facts as false information that asserts itself as a different point of view. Alternative facts are typical “for-me” facts, those that confirm my view. “The earth is flat”: false. “For me, the earth is flat”: alternative. But be careful, the phrase can backfire. Then it simply reads: “I am a flat-head.”

It is interesting in this context that we experience counterfactual scenarios as semi-real. David Hume, one of the first critical philosophical surveyors of the human mind, in his “Treatise on Human Nature” gives the example of a man in an iron cage securely fastened to a tower at a lofty height. Despite the safety, this man could not help trembling. Why not? Because he can well imagine falling down. Our imagination always exceeds the limits of the real situation. And it can make us tremble. Emotions do not distinguish between fact and fake. That’s why disinformation wars primarily target emotions. As another Briton, the poet T.S. Eliot, wrote: “Mankind cannot bear too much reality.” I don’t know, but isn’t that the perfect characterisation of our situation today?

Hume’s example leads me to another aspect of what-if. The cantata text explicitly says: We Israelites are in trouble, and what if God did not stand by us. So this figure of thought is based on the real threat of the enemies: “Their thirst for vengeance would tears us apart /
So wrathful are their thoughts towards us.” Now there is the inversion that plays on the ima-ginary threat: We are not currently in predicament, but what if we were threatened with one? It seems to me that we really need to get into the habit of asking this question now that the pandemic measures have been lifted. The figure of thought is ancient. It comes from the Greek school of the Stoics and is called anticipation of the bad – prae-meditatio malorum. What if the worst, the worst possible thing happened? What if new corona variants emerged?

The Stoics did not see this as fear-mongering, but on the contrary: an exercise in fear mitigation. Imagining the bad simply means switching from the sufferer’s to the observer’s perspective. I will give you an example from the Roman Seneca. One of his famous works is the Letters to Lucilius, practical advice to a younger interlocutor. The 24th letter is about a legal dispute in which Lucilius is afraid of his adversary’s retaliation. Seneca recommends a change of perspective: “… I will lead thee by another way to peace of mind. If you wish to rid yourself of all anxiety, imagine everything you fear as really imminent; measure out for yourself the size of the evil, whatever it may be, and weigh your fear: you will certainly find that either what you fear is not important or does not last.”

In other words, if you can imagine the worst, you can imagine ways out. The stoic does not want to burden himself with unnecessary worries – then he would be a neurotic – but rather to expand reality to include the imaginary. The imaginary sharpens the eye for the real. Ali S. Khan, former director of the US Public Health Protection Agency, was asked about the disastrous development of Covid-19 in the US in May 2020. “Was it a lack of scientific information or a lack of money?” the interviewer wanted to know. Khan’s response, “A lack of imagination.”

In short, the world is not simply what is the case. The world is everything that awaits us. In other words, more than we expect, can expect. “This time…” – the time of the pandemic – has sufficiently demonstrated to us the unpredictable complexity of events and their consequences. For a long time it was uncertain whether I would be able to present my reflection here in Trogen. Now you have heard it. And we might be inclined to interpret this event in the sense of the cantata text, as “Were God not with us…”. – I, however, lack this faithfulness. But I hear it in Bach’s music, as a kind of serenity, of humility, perhaps even of secular religiosity. An inner consolidation from the subjunctive. I think we will need it badly in the future.