(There is nought of soundness within my body) for soprano, tenor and bass, vocal ensemble, flauto I-III, oboe I+II, cornetto, trombone I-III, strings and basso continuo

Composed for 22 August 1723 in Leipzig, cantata BWV 25 is an example of the magnificent compositions with which Bach, as the new Thomascantor, impressed and challenged his audiences. With its medical metaphors, it is also a potent reminder of the all-pervasive nature of illness and disease in baroque times; their notorious equation with guilt and sin as well as the related ostracism of the sick was not solely a theological notion of the era. 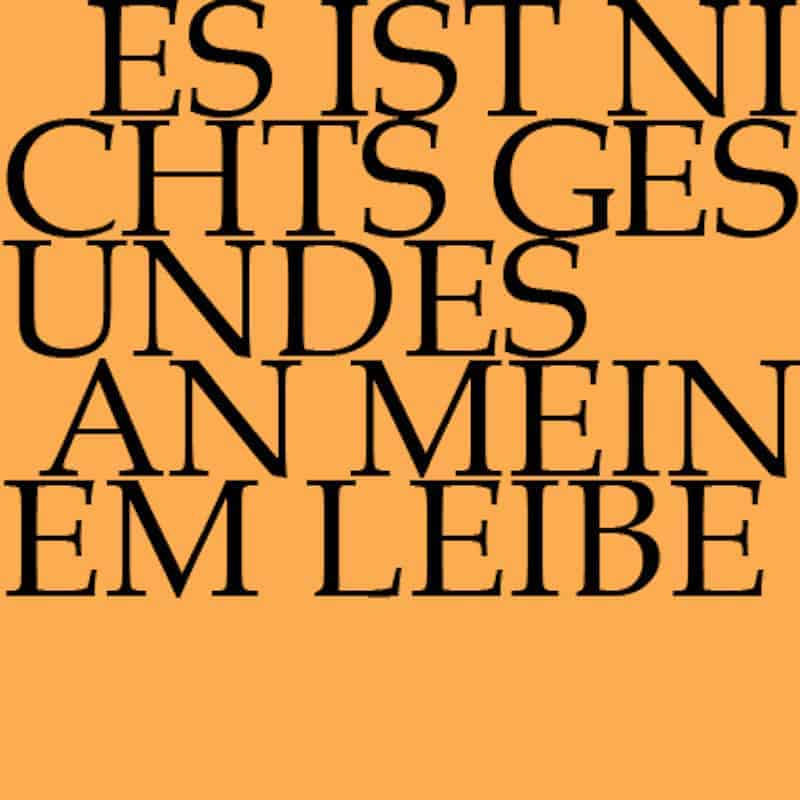 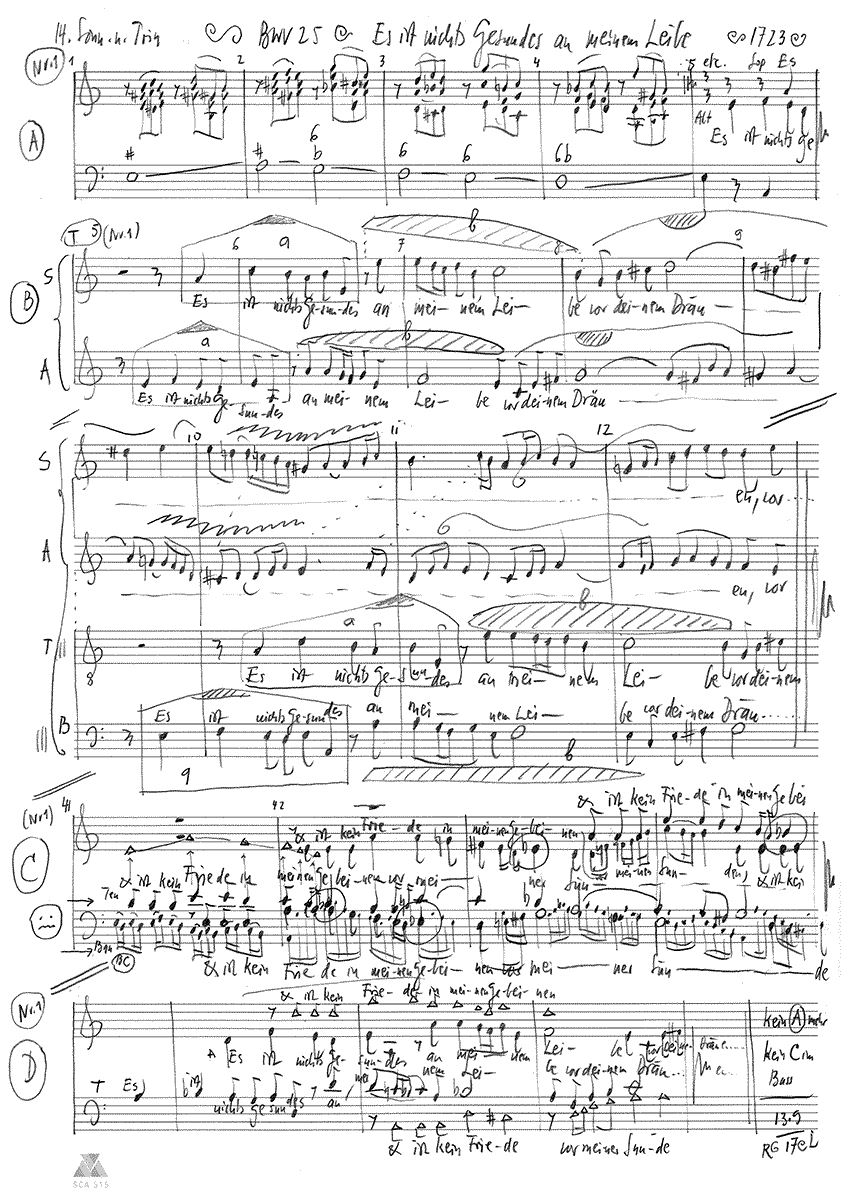 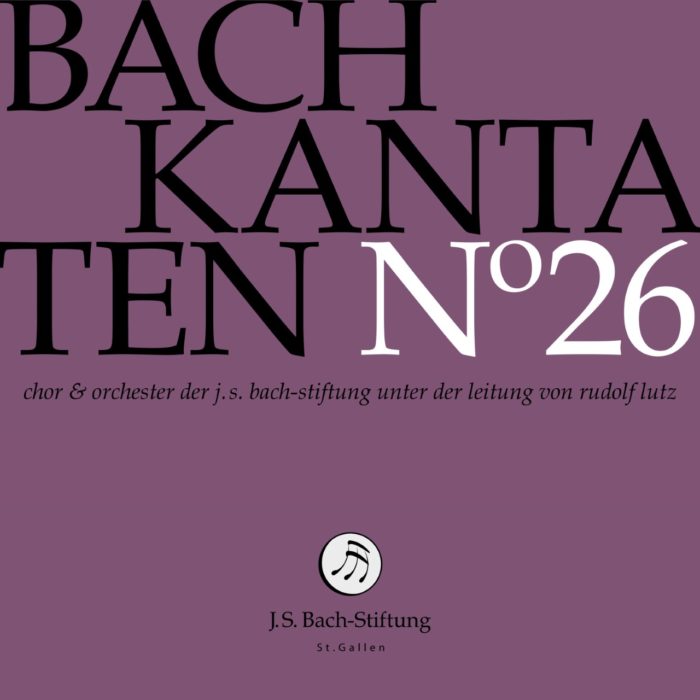 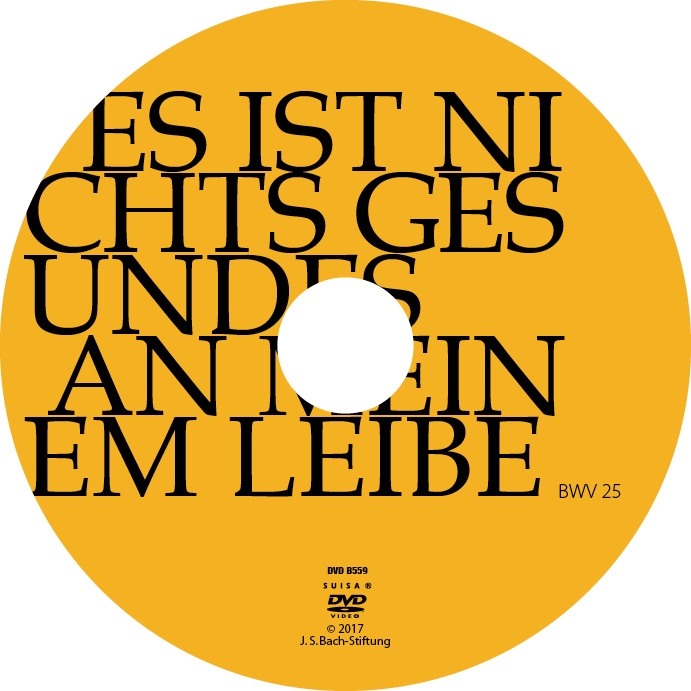 The introductory chorus is based on a bleak dictum that Bach sets in four sections including a prelude and interlude. The movement is scored at times for a full twelve voices, yet this is just one element of the grandiose concept for the setting, which weaves the cantata text into an instrumental chorale arrangement that is present from the outset but does not become fully apparent until later in the setting. The eight-bar opening is characterised by a series of off-beat sighs from the strings and oboes over a continuo line – equally an underlying emotional descent and an extended quote of a chorale melody in which it is possible to recognise both the penitential hymn “Ach, Herr, mich armen Sünder” (Ah Lord, me a poor sinner) and the swan song “Herzlich tut mich verlangen” (Heartfelt is now my yearning). It is into this weighty framework that Bach first works in two repetitions of the text with alternating pairs of voices to produce a tight, imitative fugue whose grief-stricken melody stems from the Phrygian mode of the chorale. With the transition to the second line of the dictum – “nor any quiet within these my bones now” – the chain of sighs is then replaced by a choral fugue accompanied by a relentless semiquaver continuo part and increasingly dense instrumental writing, ere both texts and themes are presented simultaneously in the final section. As an additional layer to the setting, a four-part arrangement of the chorale melody is quoted line for line by an ensemble of three trombones and a cornett, an archaic Stadtpfeifer combination of instruments that heightens the music’s harrowing effect. The fact that Bach later doubled the cornett line with recorders indicates that even in a behemoth setting such as this, Bach’s concern was not Augenmusik but a composition that is coherent in all its dimensions.
The tenor recitative then reinforces this merciless diagnosis: “Now all the world is but a hospital”, with the young and the old equally stricken. Here, the topic is not rampant infection and the diseases of affluence, but the vices of lust, pride and greed that blight all humankind through original sin and that make the search for a merciful doctor a most urgent concern.
The aria for bass solo and continuo thus follows as a dark, lamenting invention whose firmly rooted melody is hesitant to climb to a higher register. As such, the touching plea of the second section (“Healer mine, Lord Jesus, thou”) then lends the impression of someone who has opened his heart with great difficulty and now, with hopeful faith, can embark on a new path.
The change in register in the soprano recitative goes hand in hand with a change in tone. It is the voice of a resolute soul who does not want to remain trapped in suffering, but yearns to flee with renewed strength to God, as do the sick in the stories of healing in the Gospel. Here, the path from penance and plea for mercy to enthusiastic praise of God – a trope in many sacred works of the baroque era – is presented in a highly compact form.
Thus restored, the soprano is free in the following aria to explore new territory. In a brisk triple metre, the bright, comforting music in C major awakens the impression that someone in a dismal infirmary has suddenly put on the Brandenburg Concertos and, for the moment at least, shut the door on all distress. Here, the acoustic dimension of this therapeutic solace is explored in an infectiously playful way: through the addition of three cheerful recorders to the string and oboes, the setting features moments of threechoir music-making with the soprano and continuo. The restrained second section then reveals that this splendid courtly music is but a glimpse of the perfect otherworldly “choirs above”. In view of this anything but meagre song, however, this restraint is something of an artistic understatement – and yet it also embodies a musician’s tenet inspired by the deference due to cosmic hierarchies that Heinrich Schütz in 1636 had already formulated in the rhyming preface to his Musikalische Exequien.
For now, a familiar earthly song of thanks will suffice – the closing chorale reinforces the resolve to praise God forevermore, both every day here on earth and into eternity. In this hymn, the venerable brass instruments represent past generations of the dead who were buried to these strains, thus allowing them to join in the hopeful song.