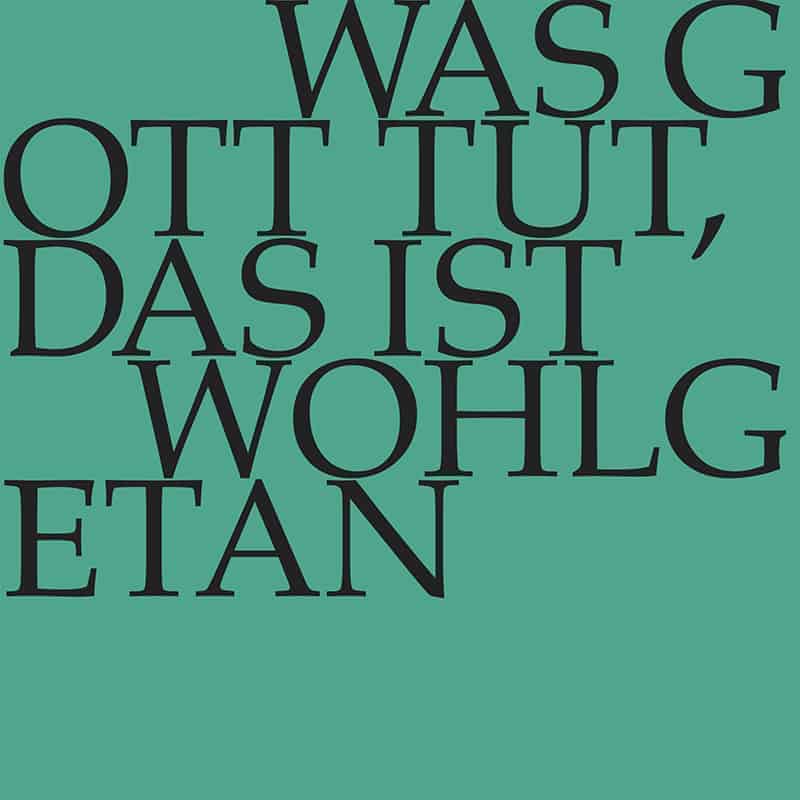 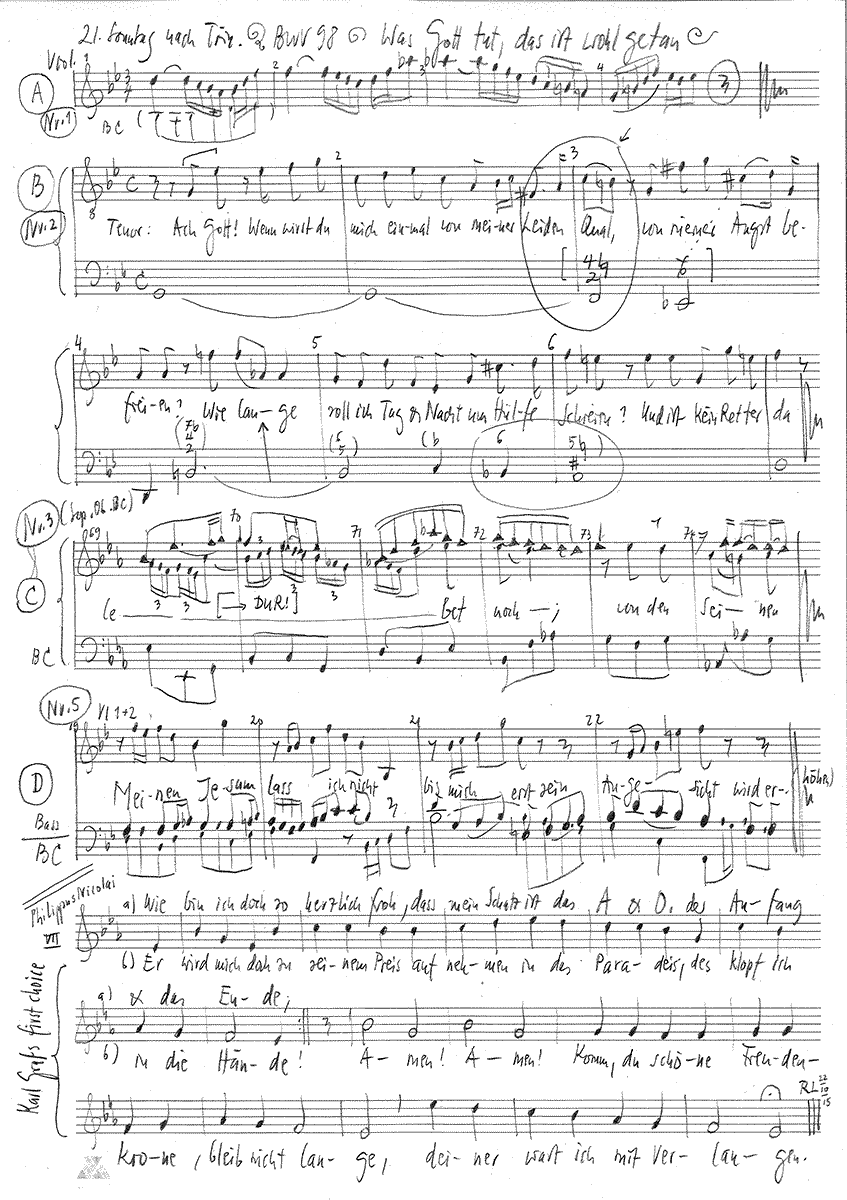 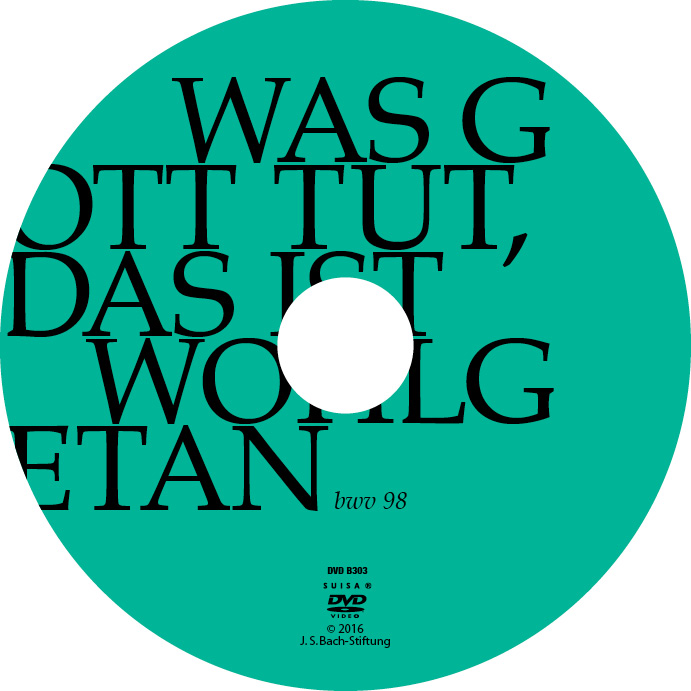 “The thankful arrogance of the survivors”.

Contoverses on the cantata “Was Gott tut, das ist wohlgetan” (BWV 98): why it is so difficult to believe in God. Insight into an anti-theology.

My text about the text of the cantata will hopefully not come as a shock. It comes from the author of the book “God Poisoning”, a reckoning with my image of God, which has been published 100,000 times in paperback since the seventies. When I received the invitation to this reflection many months ago, I was delighted and immediately accepted. But when I received the text of the cantata weeks later, I was startled: it contains the very promises and petitions I trusted as a child and which then led me far away from God until the writing of my great indictment at the age of forty. It has become the textbook for ethics and religion in upper secondary school classes. It is an indictment with which I wanted to wrest myself from God’s grasp and rid myself of my disappointment. And the result made me satisfied: He has left me alone ever since, and I leave Him alone. He no longer seeks me out, tempting and reproaching from his side, and I am no longer filled with hatred and grim counter-complaints. We ignore each other. I no longer need to fear God and I no longer need to always thank him for my sinful existence and his seemingly necessary grace. I never reached out to him in prayer, and I no longer wanted to believe in his existence because it seemed absurd to me. So: no credo quia absurdum, as ancient theologians say.
The Christians who had narrowly survived war, plague, famine and expulsion through the centuries thanked God for his eternal justice with which he had saved them, while the millions who had perished had probably not been worthy of his salvation. A grateful pious elite in the Old Testament had survived and praised his very special grace, the rest he had probably sacrificed to his justice also sung about in the cantata “Was Gott tut, das ist wohlgetan”. The grateful arrogance of all the survivors was unbearable to me. The sentence “How could God allow this?”, which drives many people crazy in their faith, in relation to the atrocities of war and not least the Holocaust, also hit me with full force. I could no longer trust his higher power, especially not the first two lines of the cantata:

“What God does is well done,
His will be done.”

I can understand that people want to owe their survival to him, rescue from fear, famine and disease. Thanks for holding and keeping his hand over them in happiness and suffering. I can understand it as a prayer, but not as an assured promise, as the text so wonderfully set to music by Bach represents. As the Almighty, he has repeatedly destroyed humanity again, which was depraved for him, by flood, fire and sword, because they did not follow his arbitrary commandment of obedience.
He experimented very cruelly with the creation of mankind, which I do not consider at all successful and “well-done”, but rather an unusually unsuccessful botch-up as far as our species is concerned. A glance at a single newspaper is enough to make one despair about the creation of mankind. Even his first two humans thumbed their noses at him, and he immediately took revenge, out of anger and despair. He supposedly created us in his image, and that is bad enough after his irascible and cruel character in the Old Testament. More than that, he tortures and murders, to correct the almighty act of creation, his only son, because we keep failing in his gigantic experiment of obedience and therefore he supposedly has to sacrifice him in love for our sins. We had to be sinners in order to deserve his redemption, his mercy, his grace. This is also about original sin and its permanent consequences, which we owe to St Augustine.
This God craves thanks, and the churches have drilled thanks into us. I have never really understood what for. But Bach’s music is also wonderful thanksgiving, but a very different one, a beatific one, which a friend of mine once called “his sanatorium of the soul” for himself with shining eyes.
I had to anxiously call the organiser to ask how much of my own truth and anti-theology I was allowed to add to the Bach music that gripped us today. I feared a scandal at this pious event. But I should risk it, I received in reply, if the strictly individual autobiographical character of my doubts and anger became clear. I have become mild as a therapist for tormenting ecclesiogenic neuroses when people who have lived their lives under the question and hope come into distress of faith:

“How long shall I day and night
cry for help?
And is there no Saviour!”

Yet, Bach miraculously set the hope of the Saviour to music, and he may still have believed it:

“The Lord is near to all
who trust in his power (…).
Therefore I will build my confidence
in God alone,
for he forsaketh not them that are his.”

Bach’s music I can pray along with, but not his lyrics. Most singers and musicians in his ministry today – I have interviewed many – live with this split because they cannot bear the believing supplication in many of the texts if they only read them. If you let yourself be comforted and redeemed by Bach’s music today, you no longer have to be devout, even if Bach still was from the bottom of his heart. One may become pious with him without having a believing heart. Then our thanksgiving is genuine, but not the thanksgiving that the church and theology demand of us for the supposedly wonderful world from God’s hand. We are supposed to make this world more human, not more divine. But supposedly he called us before our birth and with our name.
My theology is: God was bored to the point of insanity in his infinite cosmos, the late spectacle of the animal world was no longer enough for him. He did not deliberately create humans, as the narrow-minded creationists believe, but rather let us emerge from the primates in a miserably long process. He then wooed us with incredibly tempting offers and at the same time threatened us with hell if we did not show submissive faith.
In the past, I would have ended the text with the request: “Readers, pray for me. Now it is enough for me if you do not condemn me. I thank you for enduring my text.