(I had so much distress) for soprano, bass, vocal ensemble, trumpet I–III, oboe, timpani, strings and basso continuo 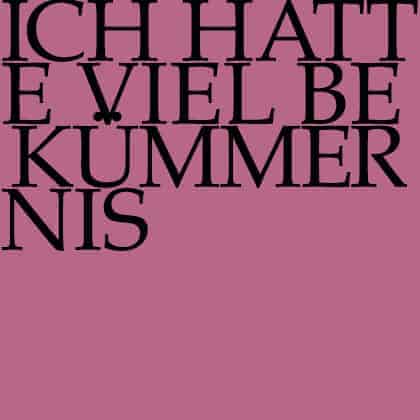 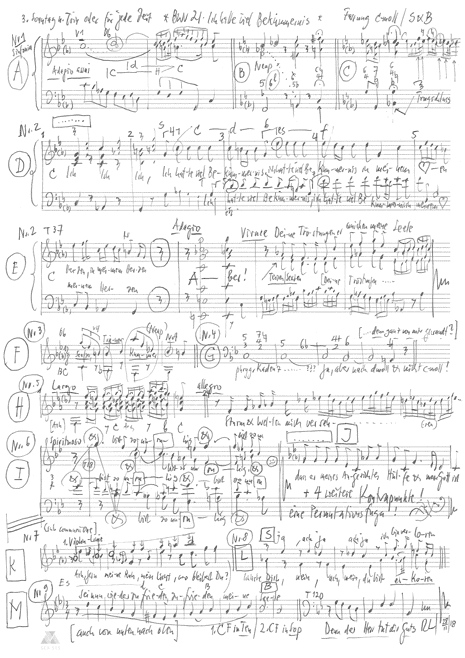 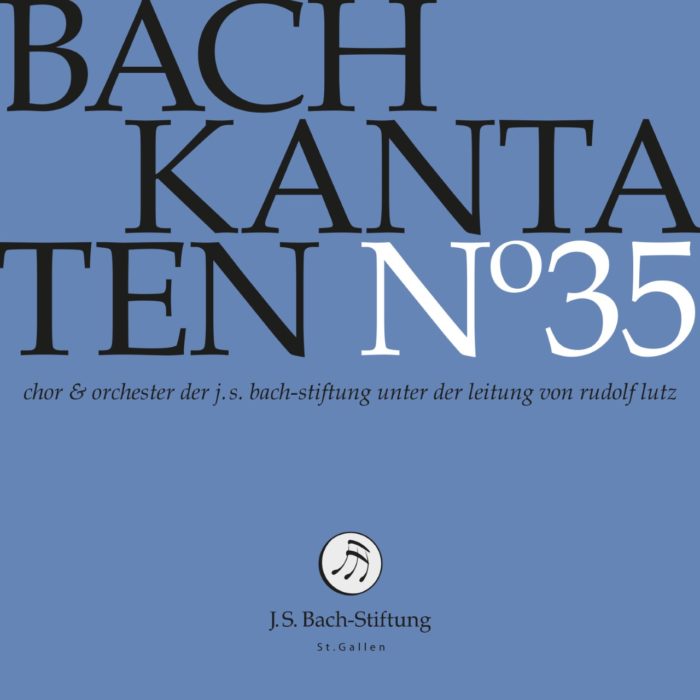 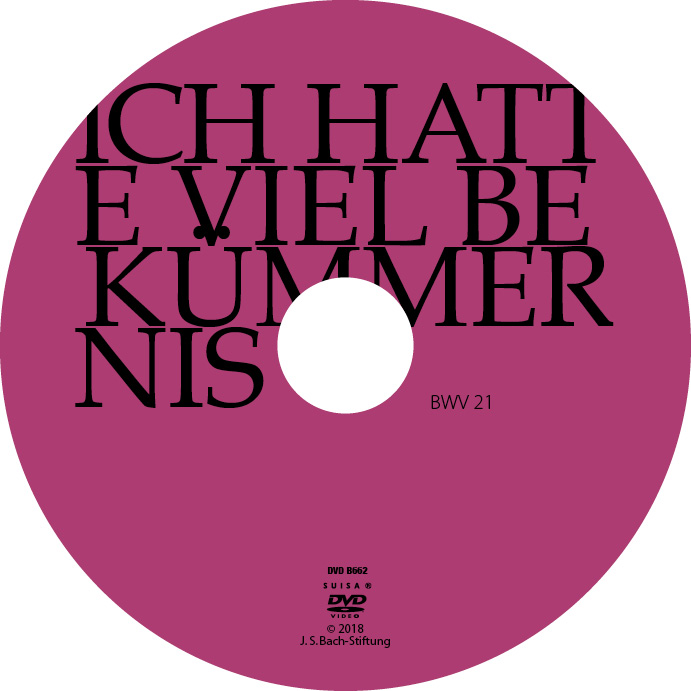 In terms of its genesis, cantata BWV 21 numbers among the most complex works in Bach’s cantata oeuvre, with no less than three different sets of original parts bearing witness to revisions for various occasions. These include Bach’s audition as organist in Halle in 1713, a performance in Weimar in 1714, a presumed performance in Hamburg in 1720, and a Leipzig version – complete with trombones – in 1723; the surviving materials also contain evidence of further revisions after Bach’s death in 1750. The modifications to the different versions relate not only to key, vocal scoring, number of movements and occasion of the composition (Third Day after Trinity or “for any occasion”); questions also remain as to whether the libretto, which is generally ascribed to Salomo Franck, may also have undergone revisions.

None of these circumstances, however, diminish the cantata’s rigour and persuasive power. Indeed, the oboe solo of the sinfonia, set over a string group that is celebrated like a viol consort and a continuo line of burdened steps, establishes a plaintive underlying tone; in the fermatas on the interrupted cadences, this mood climaxes in a sorrow that nonetheless radiates a noble magnanimity and leaves room for hope. The key of C minor exudes a muted, secretive light, like a candle ickering precariously in a gloomy vault.

After this introduction, the unusual text declamation in the introductory chorus appears less awkward than distinctive. Drawn out over a descending bass line, the three calls of “Ich” (I) and the emphatic note repetitions lend the lament a subjective sense of urgency, and the successively denser entries allow a kaleidoscope of trials to emerge. A rhetorical colon on the word “Aber” (but) then sets the stage for the faster second section that evokes the uplifting effect of the Saviour’s words of solace; an extended final phrase closes a movement that at once harks back to the sacred concerto-style settings of Bach’s earliest cantatas (such as “Aus der Tiefen” – From the depths) and also signals a new orchestral drive.

The soprano aria is presented as a setting of great delicacy; the oboe cantilena, replete with suspended notes, is taken up by the vocalist, who must bridge the pauses of the halting bassline. In the following accompagnato recitative, this touching, Passion-like atmosphere evolves into a lament of utter abandonment addressed directly to God. In this scene of abject suffering, Bach expresses the fleeting warmth – and all-the-more painful loss – of bygone happiness (“Du warest meine Lust” – Thou wast once my delight) in a Romantic palette of colour that one would hardly date before Schubert or Carl Philipp Emanuel Bach.

In the aria “Bäche von gesalznen Zähren” (Streams of salty tears), which in our recording is assigned to the soprano, emotional numbness gives way to the cathartic sobbing of a continuous chain of sighs; set in the sombre key of F minor, the tonality, too, has reached an emotional extreme. In the changing tempi of the middle section, Bach’s rendering of towering waves and muddy abysses evoke grim images that both fulfil and transcend the rhetorical codes of baroque opera.
The well-known Psalm verse “Was betrübst du dich, meine Seele” (Why art thou distressed, O my spirit) is set as a carefully orchestrated ensemble movement in which every line is assigned its own distinct style. From the fearful questioning of the opening line, continuing on to the nervous agitation and the “Harren und Danken” (trusting and thanking) that is answered by the oboe, through to the closing fugue on the line “Dass er meines Angesichtes und mein Gott ist” (that he of my countenance is the help and my God) – this chorus reveals precisely the comforting potential inherent in the Old Testament descriptions of an experience of God.

Commencing after the sermon, the second part of the cantata opens with an accompagnato recitative whose imploring question of “Ach Jesu, meine Ruh, mein Licht, wo bleibest du?” (Ah Jesus, my repose, my light, where bidest thou?) is answered by the bass in the role of the Saviour (“O Seele, sieh! Ich bin bei dir” – O Soul, behold! I am with thee). The soprano’s disbelieving wonder and the sonorous presence of the bass then meld in an intimate duet; in light of the pain already suffered, the joy in being reunited is particularly credible. This spirit of fellowship is indulged to the full in a duet with continuo accompaniment, whose cheerful, almost coquet bass figure suggests that modern society would benefit from cultivating a trusting love for Jesus, a theology that has been lost in our post-Enlightenment thinking. The whispered sweet nothings woven into the movement’s foundation of Lutheran justification through faith and the doctrine of the Eucharist render settings of this type a joy for both the senses and the intellect.

A further chorus movement then introduces the dimension of chorale singing by combining a motet-like treatment of the Psalm text“Sei nun wieder zufrieden, meine Seele” (Be now once more contented, O my spirit) with a presentation of two verses from Georg Neumark’s hymn of solace “Wer nun den lieben Gott lässt walten” (If thou but suffer God to guide thee). In this setting, the melody is initially presented in the venerable form of a tenor cantus firmus before moving to the soprano register, a shift reflecting the flexible, organ-based approach of the composer.

A soprano aria with a supple bass cantilena, a movement that was probably not included in the original version, bids farewell to all woes before the closing chorus transforms this personal testimony into a universal promise of salvation. Mighty full-choir entries and rousing trumpet fanfares praise the lamb’s redeeming sacrifice ere an extended fugue celebrates with ever-increasing emphasis the text of “Lob und Ehre und Preis und Gewalt sei unserm Gott von Ewigkeit zu Ewigkeit. Alleluja!” (Fame and honour and praise and great might be to our God from evermore to evermore. Amen, alleluia!). Here, the logical structure of the permutation fugue ensures clarity of sound while seeming to crush all evil in its gigantic machinery of praise.