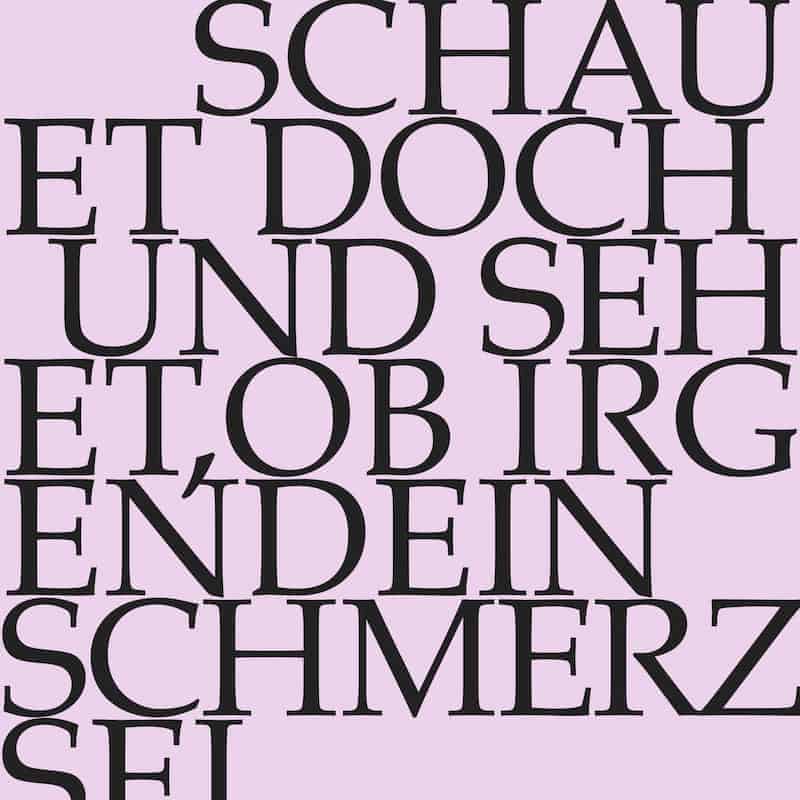 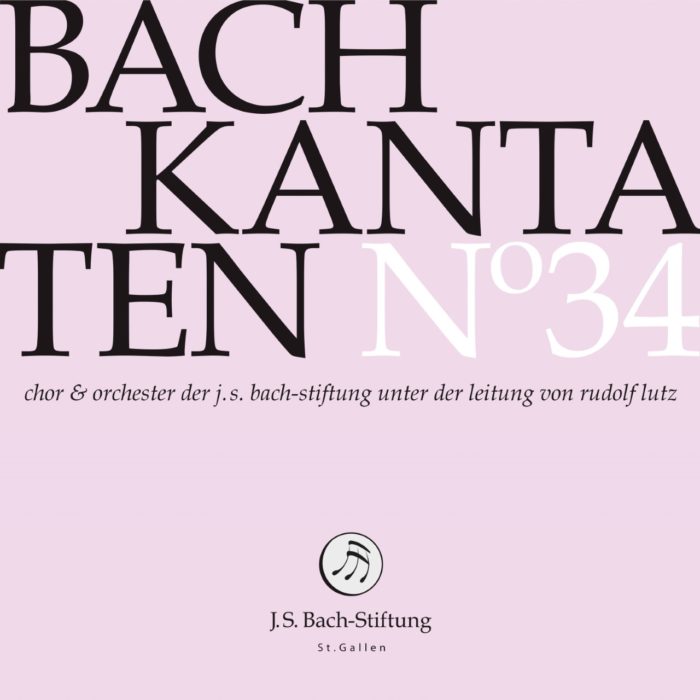 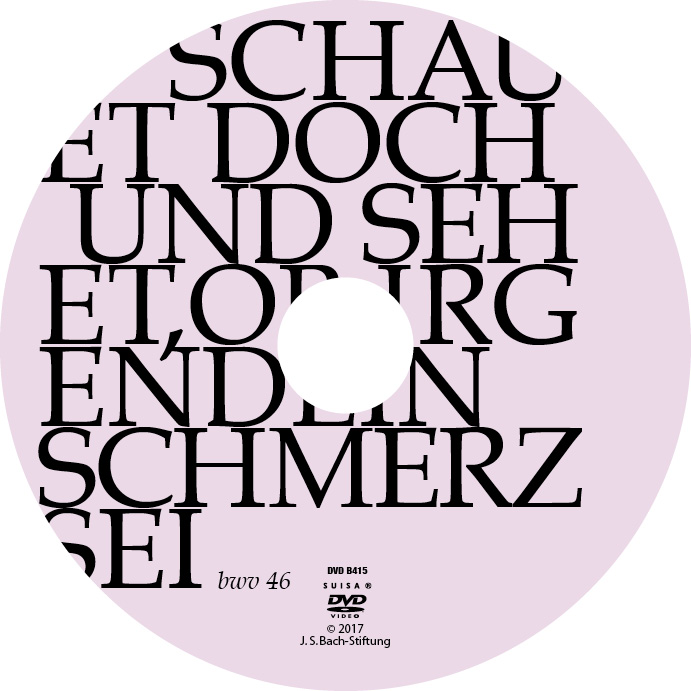 First performed on 1 August 1723 for the Tenth Sunday after Trinity, cantata BWV 46 is based on the gospel story in which Jesus drives the money changers out of the temple and prophesies the second destruction of Jerusalem (Luke 19:41–48). The latter creates a connection to the Book of Lamentations on the Babylonian siege in the 6th century BCE, writings that the early church had long reinterpreted in a Christian context.

The introductory chorus is thus cast in a tragic vein. Set over a sighing string accompaniment of paired slurs, the circling, alternating figures of two recorders build elegiac phrases suggestive of a musical still life, while the descending minor triad of the successive choral entries evoke an image of bowed heads and rivulets of tears that converge on the harmonically accented word “Schmerz” (grief). At the repeat of the first text phrase, a corno da tirarsi and two oboes da caccia enter to lend the setting the disturbing gravity of a bleak dawn rising over smoking ruins, which the observer is mercilessly forced to endure (“Schauet doch und sehet!” – Look indeed and see then). In this dense lamentation, the recorders permeate the music with such keen severity that listeners can hardly help longing for the end of the first section with its broad cadence and abject tone. The ensuing fugue commences attacca, working with a vividly descriptive theme of austere leaps and drawn-out sighs (“Denn der Herr hat mich voll Jammers gemacht” – For the Lord hath me with sorrow made full). Over the hounded, scampering continuo part, the choir voices build up howling chords that increase in intensity with the successive entries of the instrumentalists up until the obbligato recorders enter – a gruesome vanitas image that culminates in a brutally austere majorkey ending. The fact that Bach reused the slow first section of this movement for the “Qui tollis peccata mundi” of his Mass in B Minor (early Dresden version, 1733) is fitting on a textual level and speaks for his awareness of the setting’s quality when composing the Mass. By replacing the recorders with transverse flutes and removing the accompanying wind parts, Bach lent the music a courtly elegance and transparent sound; due to the attacca transition from the “Domine Deus”, the introductory section was not used.

The tenor recitative sustains this mood with a circulatio figure in the recorder parts that leads stoically through the shifts in key. Through the noble lament and shimmering string lines, the accompagnato setting acquires the tone of a tombeau composition. The cause for lament soon becomes clear: far worse than the city’s physical destruction is the loss of God’s favour and the blaspheming of Christ through disregarding his call for penance. Thus scorned, God cuts the staff asunder, returning at a literal level, too, to the Old Covenant.

Accordingly, the bass aria sketches a grim scene of judgement and retribution, and the fiendishly difficult trumpet part in this movement seems reluctant to sound beautiful; rather, through the lowered final note in the fanfare and grim coloraturas, it issues a warning of impending damnation and absolute power. The singer, with the zeal of a raging prophet, imitates the stormy mood evoked by the dotted figures and repeated notes of the orchestral parts. In Bach’s interpretation, the “überh.uften Sünden” (surfeit of transgressions) in the middle section trigger an almost physical sense of revulsion – that the new Thomascantor had recently promised not to write any operatic, affect-inducing music is barely credible in view of the musical- theological verismo of this setting.

In the following recitative, the fervent, threatening tone continues unabated despite the shift to the gentler alto register. Indeed, it is not just the biblical Jerusalem, but all unrepentant sinners with their mounting burden of sin who will suffer this terrible fate. In the alto aria, the recorders return, this time conveying a tone of child-like, naive trust, to set a scene of a brighter musical language. Because Jesus’ mercy is stronger than the power of Old Testament law, he will “auch bei der Strafe der Frommen Schild und Beistand sein” (even midst the judgment, the righteous’ shield and helper be). Here, the basso continuo remains silent while the oboes da caccia execute a high-register bassett line – a device that in the baroque system of musical rhetoric would typically signify the loss of all stability and support, but in this context conveys freedom from the burden of sin. The dry severity of the setting underscores the gravity of the situation – at issue here is not a noncommittal Sunday sermon, but a pardon at the threshold of the waiting gallows. Nonetheless, the transparent style and laconic, formulaic motifs of the setting make even this reprieve seem temporary: it is likelier that the delinquent will be set free than reformed for life.

In the closing chorale, the wan eddying figures of the recorders, set over a string accompaniment, again evoke a sense of transience. While the earthy, weighty tones of the choir express trust and confidence, the setting opens a window to the fleeting course of destiny, which seems even more haunting in the recorder’s high, wafting figures than in the trumpet’s echoing judgment.